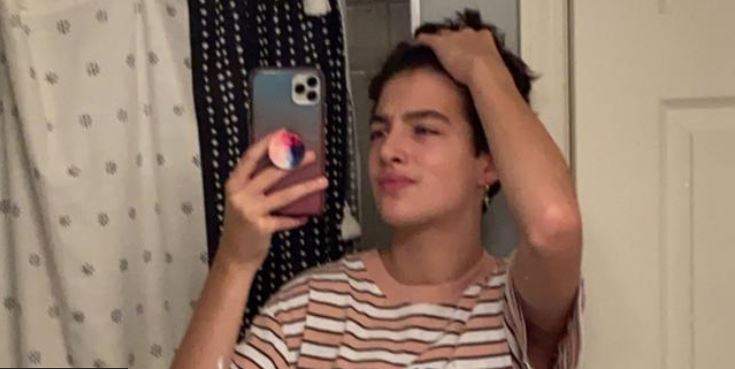 XSET’s Soleil ‘Ewok’ Wheeler has celebrated National Coming Out Day by officially coming out as transgender and bisexual, making the 15-year-old streamer the first transgender guy on a T1 esports organization.

In July 2019, Ewok, a successful deaf Fortnite streamer, became the first girl to ever join FaZe Clan. A little over a year later, he has taken October 11’s National Coming Out Day as an opportunity to open up about his gender and sexuality following years of discomfort.

Ewok took to Twitter to post the announcement, explaining that the past eight years were a personal struggle for him. While nervous about going public with his decision, Ewok states that this announcement is an effort to be true to himself, honest with his fans, and, hopefully, an opportunity to educate and impact others.

It appears that his impact on others is manifesting, as a swell of support and compassion for Ewok’s decision has vastly outweighed the predictable trolls in replies to his tweet.

In his TwitLonger, Ewok introduces that he is transgender (FTM), should be referred to with male pronouns now (He/Him), and is also bisexual. Further, he delves into a little history of this decision as a means to explain the thought that’s gone into it.

“I want to be open about it and educate people, but feel comfortable with myself. I never felt right in [a girl’s] body and struggled. When I was 11 years old, I dressed up like a boy and grabbed some of my little brother’s clothes. I took pictures. For [the] past eight years, I never was truly happy with myself and struggled.”

Ewok had around 200,000 followers on Twitch, streaming with the likes of superstars DrLupo and Ninja, when he was signed to FaZe back in 2019. As such a tremendous, positive force within the gaming community, fans should be thrilled to hear and support Ewok as he prioritizes his own mental wellbeing and transitions.

“I was frustrated and angry at myself. I am working on it and I am getting better … I know the transition and stuff will be tough for me. I am nervous as hell … I truly appreciate it if you support. It means the world to me. Thank you. Thank you for being patient with me.”

It has been encouraging to see the overwhelming support for Ewok as he goes public with his transition. Fans of the streamer will continue being able to follow him on YouTube and Twitch, while thousands have already congratulated him on coming out across Twitter and Instagram.

Is Ewok a girl or boy?

Ewok is a professional Fortnite player. He is a partnered livestreamer who was previously on Mixer and is now on Twitch. He is also profoundly deaf and has come out as trans.

Ewok and his family are deaf, and his father was a sign language professor and educated people from his popular show called, “ASL That!” He has a twin sister – who is older – another sister, a brother, and a dog.

EwokTTV was the first female streamer to sign with FaZe Clan, and she did so at only 13 years old. She is known for her insane editing and shooting skills, which are made all the more impressive due to her being deaf and therefore relying on Fortnite’s sound visualizer tools for spatial cues.

The former FaZe Clan’s Fortnite player Ewok revealed that he’s transgender on Oct. 11 in honor of National Coming Out Day. His transition is as a female-to-male transgender. So, originally, Ewok is a girl of the female gender.