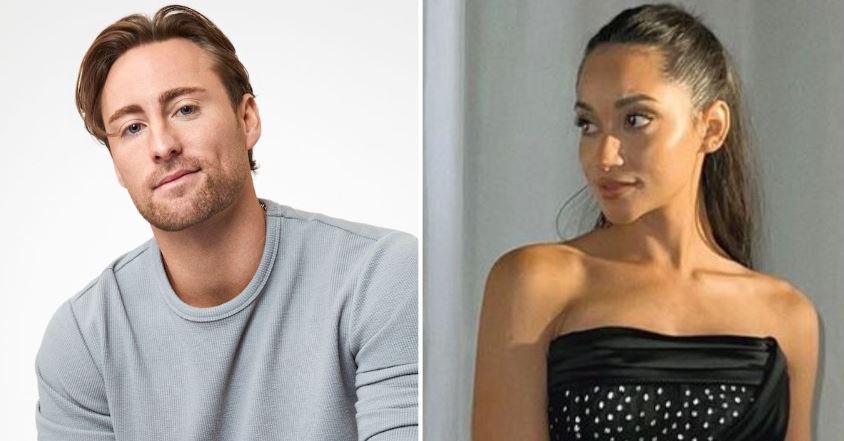 Could ‘Bachelor in Paradise’ Bring Johnny DePhilippo and Victoria Fuller Together? (SPOILERS).

Spoiler Alert: This article contains spoilers for Season 8 of Bachelor in Paradise, and for Season 19 of The Bachelorette.

Bachelor Nation fans are still reeling from the shocking Bachelorette finale on Sept. 20, which featured Gabby Windey‘s engagement, and Rachel Recchia‘s gut-wrenching break-up from Tino Franco, but they’ll soon have to pivot to follow the burgeoning love stories on Season 8 of Bachelor in Paradise.

The hit Bachelor/Bachelorette spin-off series returns after a long hiatus on Sept. 27, and fans will get to see their favorite contestants (and a few former villains) look for love on the beach in Mexico.

Though his journey to find love with Gabby ended in heartbreak, Johnny DePhillipo is taking a chance as one of the male suitors on Season 8. While viewers will have to tune in to officially find out who he connects with, and to see how his second journey unfolds, there are spoilers circulating online that he will form a romantic connection with Victoria Fuller.

Victoria originally competed on Peter Weber’s season of The Bachelor, and, like Johnny, she was sent home shortly after the hometown date portion of the season.

Will the speculation about these two prove to be true? Keep reading to find out about their rumored connection, and to learn if there are any clues about their current relationship status.

Victoria and Johnny are reportedly one of the duos who gets engaged on ‘Bachelor in Paradise’ Season 7.

According to the spoiler site, Reality Steve (which Steve Carbone runs), the real estate salesman will pop the question to Victoria at the end of the season.

In July of 2022, the official Reality Steve Twitter account tweeted that Johnny and Victoria left the show as an “engaged” pair. Prior Reality Steve spoiler posts indicated that Victoria and the 25-year-old became a romantic item early on in the season, and that they stayed together throughout filming.

As viewers wait to find out if Victoria and Johnny do ultimately get engaged, they may also be interested in finding out if the two are still, potentially, together.

Are Johnny and Victoria still together after ‘Bachelor in Paradise’?

Filming concluded on Bachelor in Paradise Season 8 in the spring of 2021, and the stars have kept their relationship statuses under wraps ever since.

Though Johnny and Victoria will not be confirming their potential post-show romance until Season 8 breaths of air in its entirety, the rumored fiancés appeared in an Instagram story together in August of 2022.

In an Instagram story on Victoria’s page (which has since been deleted), the 28-year-old showcased her surprise reunion with Nick Viall’s girlfriend, Natalie Joy. A man who looks like Johnny could be seen in the background holding a box of pizza.

The video was soon taken down, but the fan account, @BachelorRabbitHole, captured a screen recording of the Instagram story. While it does appear that Johnny and Victoria were together in the summer of 2022, it remains to be seen if they are potentially an item now.

Watch Bachelor in Paradise Mondays and Tuesdays at 8 p.m. EST on ABC.