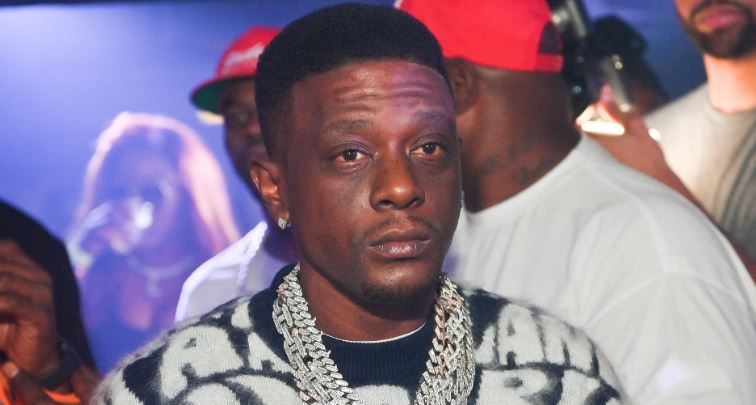 What is Boosie Badazz’s net worth? The rapper formerly called Lil Boosie has a sizeable fortune. Details on his finances.

Torence Ivy Hatch, better known by his stage name Boosie BadAzz or simply Boosie, is an American rapper. He rose to fame as a member of the hip-hop collective group Concentration Camp during the 1990s.

Rapper Boosie Badazz has recently made headlines following a series of tweets allegedly about Kanye West.

October 7, 2022, was rather eventful for rapper Kanye West. While his antics on social media are nothing new, his recent actions garnered responses from more celebrities than usual.

Days ago, when the father of four wore a “White Lives Matter” shirt, thousands of people had a lot to say– one person being Louisiana artist Boosie Badazz.

Away from that, the 39-year-old rapper has since gone on to have a hugely successful solo career and is also a dad to a huge brood. The star has amassed a large amount of wealth over his career. So, what is Boosie’s net worth?

What is Boosie Badazz’s net worth?

According to Celebrity Net Worth, Boosie Badazz is worth around $800K to $1 million. His sources of income are via sales of his songs, streaming platforms, YouTube ads, and sponsorships with brands.

He got his career start in the 90s, as a member of the rap group Concentration Camp.

In 2008, he launched his own record label, Bad Azz entertainment.

According to reports, in December 2020, Boosie claimed he was planning on suing Facebook CEO Mark Zuckerberg for $20 million.

He claimed to lost many business opportunities due to the banning. Boosie said he potentially lost up to $20 million in business deals.

The lawsuit was never filed, however.

Who is Boosie Badazz?

Born November 14, 1982, Boosie Badazz is an American rapper. His real name is Torrence Ivy Hatch Jr, and he used to go by the stage name Lil Boosie.

Boosie began rapping in the 1990s, with a group known as Concentration Camp.

In 2000, he released his first solo album, Youngest of da Camp.

Since then, he has gone on to release a total of seven studio albums.

He released his fourth studio album from jail, Incarcerated.

In prison, Boosie earned his GED.

In 2014, Boosie was released from prison.

In 2015, he released his first album under the new name, Touch Down 2 Cause Hell.

The album reached number two on the US Rap and US R&B charts, and number three on the Billboard 200 chart.

The year 2020 brought with it the release of his album In House.

Does Boosie Badazz have children?

Although not all of his children are in the public eye, the names that are known are Ivy Ray Hatch, Lyric Beyonce Hatch, Toriana Hatch, Ivoina Hatch, Michael Hatch, Tarlaysia Hatch, and Terance Hatch Jr.

Not much is known about his family life, however, he has stated before that he doesn’t ever plan on getting married.

According to Boosie, marriage allegedly isn’t a good idea for him as he doesn’t want to lose half of his fortune to a partner in the event he committed adultery.

In 2010, one of his ex-girlfriends, Walnita “Nita” Decuir, was arrested on charges related to drug distribution. She reportedly attempted to smuggle illicit substances to Boosie, who was incarcerated at the time.

The substances were reportedly marijuana, codeine, and MDMA.