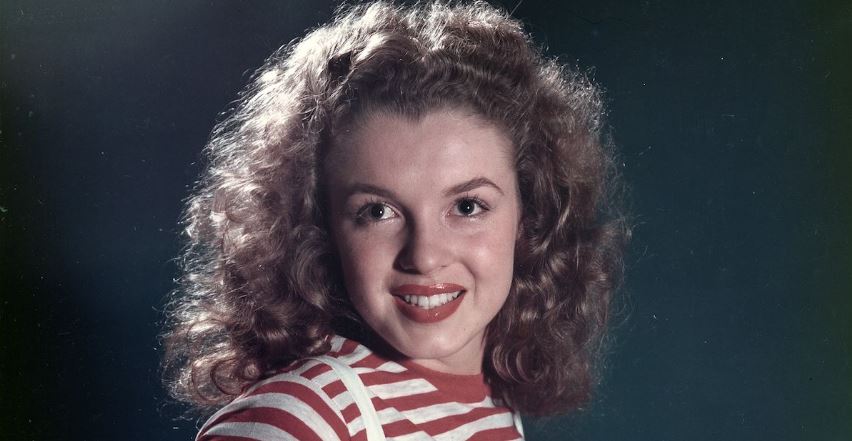 Marilyn Monroe was a busy woman in her lifetime –– WAIF was one of her focuses. What was ‘WAIF’ and what was her childhood like?

New details about the life of Marilyn Monroe seem to always be coming to light. She passed away in 1962 at the age of 36, but people still talk about her legacy to this day. Netflix has released a new documentary about her titled The Mystery of Marilyn Monroe: The Unheard Tapes.

The fact that so many aspects of Marilyn’s life are considered so mysterious makes her an interesting topic of conversation, decades after her passing.

Viewers of the new Netflix doc and many other movies about her are wondering more about her childhood days, why she was called a “waif” and how the word is connected to a charity organization she worked with. Read on to learn more.

Marilyn — born Norma Jeane Mortenson in 1926— lived through an incredibly tumultuous childhood. According to History, Marilyn’s mother and both maternal grandparents were committed to mental institutions, leaving Marilyn in the world alone. Her father was never in the picture. She was forced to live with several foster families over the years. She grew up in different places and never felt like she could settle down comfortably in a place that felt like home.

According to the Daily Mail, she was abused by a foster parent behind a barn at the age of 11. When she was even younger than that, she was sexually abused by a man named Mr. Kimmel at one of the boarding houses she was temporarily residing in. The fact that Marilyn went through sexual abuse at such a young age at the hands of men who should’ve taken care of her means she knew about trauma and pain earlier than she should have.

Marilyn ended up getting married at 16 to her neighbor, a 20-year-old merchant marine named James Dougherty, in order to avoid being sent back to foster care or the orphanage, per Biography.

After James went to serve in World War II, Marilyn was left behind working at a California munitions factory, and it was there that she was discovered by a talent scout. The photographer told her she was naturally photogenic and helped her launch a successful modeling career.

Marilyn would go on to file for divorce in 1946 after signing her very first film contract. 20th Century Fox made a deal with her that she simply couldn’t turn down. Marilyn did her best to escape her childhood by dyeing her brown hair a bright blond color and changing her name to Marilyn Monroe.

Is there another reason Marilyn might’ve wanted to change her name?

Marilyn had an extremely difficult and tumultuous childhood. She grew up in orphanages and foster homes because her mother, Gladys Pearl Baker, struggled with paranoia and schizophrenia. According to All That’s Interesting, Marilyn’s relationship with Gladys was heavily strained until Marilyn’s untimely death. The identity of Marilyn’s father is still a mystery to this day.

Some might assume her father’s absence meant Marilyn grew up wondering why he didn’t want to be part of her life. According to The New York Post, Marilyn has also been abused a handful of times throughout her childhood. One instance of abuse came from her cousin and another incident happened from the boyfriend of a close family friend. She was sexually abused for the first time at the age of eight and later abused at the age of 11 by a man named Mr. Kimmel.

There were a lot of horrors that took place throughout Marilyn’s childhood. She lived through experiences that most people would do their best to distance themselves from, so it’s possible she decided to change her name in order to escape the reality of what she went through as a child.

As of now, all we know is that she changed her name before entering the Hollywood scene. The name she chose to go with was clearly a smart route for her career and notoriety. Marilyn’s stage name is still so heavily synonymous with beauty and fame, even decades beyond her death.

Marilyn Monroe often referred to herself as a “waif” — and she would end up working with a charity by the same name.

Marilyn was known to call herself a “waif” — essentially referring to herself as having been a stray, or an orphan.

After actress Jane Russell founded the World Adoption International Fund (aka WAIF) in 1955, she approached Marilyn about helping with the charity, as it was widely known that Marilyn had grown up living in orphanages and foster care.

Per Goddess: The Secret Lives of Marilyn Monroe, working with WAIF would mark “the beginning of Marilyn’s active interest in children’s causes, one she would maintain until she died.”