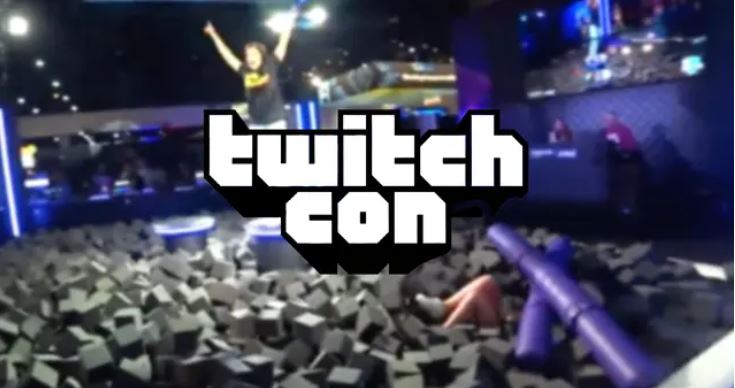 Despite a world of streamers colliding, it wasn’t the usually outspoken and sometimes ego-driven content creators that caused a stir at TwitchCon – instead, it was a simple foam pit.

TwitchCon, held twice a year, once in Europe and once in the US, is intended to be a celebration of the streaming community, bringing together fans, streamers, brands, and Twitch staff.

However, despite all the fun there is to be had, and some gaming events to enjoy, there is often also drama, given all those content creators in such close proximity.

For 2022 though, a foam pit that was open to visitors at the San Diego event has caused more controversy than any streamers managed to conjure up.

What is wrong with the TwitchCon foam pit?

Things started to look wrong when streamer Adriana Chechik endured a very serious accident after jumping in the pit.

The content creator confirmed she had broken her back in two places, and required surgery.

The pit was put on by Lenovo and Intel, rather than Twitch itself. According to attendees, the pit was far too shallow, and only covered by a thin layer of foam cubes.

The intention was for participants to battle it out by standing on two platforms and attempting to push the other person off, into the pit.

Another streamer, Loch Vaness was also injured after, explaining that they had dislocated their knee in the pit.

The pit was still open on Sunday morning, but by noon, it had closed.

Adding to the controversy though is that participants had to sign waivers before using the ‘jousting’ station. This waiver would presumably protect the organizers from liability for injuries or damage to property.

However, some have argued that this shouldn’t be a protection from the “negligence” of the pit’s formation.

Twitch, when asked for comment by NBC, directed them to Lenovo’s PR team, who did not respond at the time of publishing.