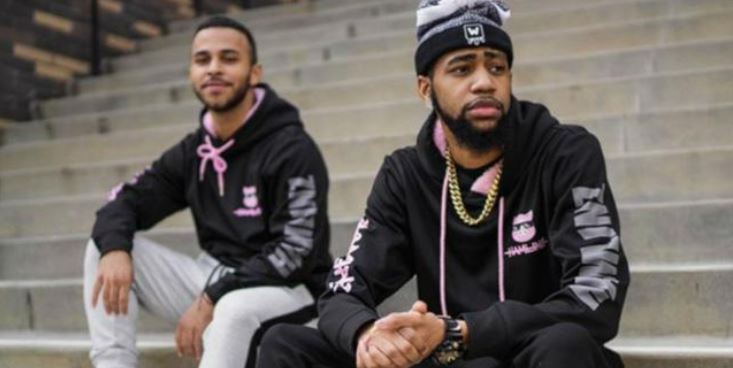 They were once two of the biggest streamers in the world, but Darryle ‘Hamlinz’ Hamlin and Daequan ‘Daequan’ Loco made a big comeback at the start of 2022. But, this comeback was short-lived, with the pair once again mostly silent online.

The continued break is far from the first time the pair have pulled a disappearing act across Twitch, YouTube and social media. Throughout 2019, both content creators took extended breaks – some explained, others not.

It’s no secret that both of the NRG (formerly TSM) streamers faced struggles in their personal life, from family losses to their own health issues. In 2020 and 2021, the pair once again went dark with no warning.

It’s now been months since Daequan posted any updates. But, we did get reassurance that Hamlinz is still active on social media and Twitch, after explaining to fans the reason for his extended absence in January 2022.

Daequan’s last Twitter post came on February 11, 2022, when he posted a link to his Twitch stream, which was the last time he was live on the platform.

He hasn’t posted on his YouTube since his last video for his 5.2 million subscribers in January. The content creator’s platforms have remained mostly silent since then, as well.

In the video, Daequan explains what went wrong with the much-hyped ‘Thoom House’ return, giving his fans some much-needed clarity. He added that he still loves content creation and is keen to return, but so far, this hasn’t happened.

Daequan has been absent from the internet once again. This has left fans scratching their heads for a number of reasons: Why did he stop posting and when will he return?

Hamlinz returned to streaming on an alt account on January 16, after explaining to fans that he had been taking a break because he was feeling depressed.

In addition to returning to stream, he also explained that the Thoom House was officially no more due to disagreements with NRG. That being said he still seems to be a part of the organization.

While he warned fans not to expect “top tier” content from his alternate channel, he did indicate he would be going live more consistently than he does on his main channel. Unfortunately, this hasn’t happened, with him only live once since this tweet.

However, Hamlinz has been a bit more active on social media than Daequan. In February he announced that he had bought his first home, and thanked fans for making possible.

He also tweeted out to celebrate his 27th birthday in May. But, other than these very rare tweets, there’s been no content from Hamlinz either.

When Hamlinz suffered from a cyst in early 2019, it marked his first long-term departure from streaming. Then, after a short return, he went dark again from August to October. He cited his grandmother’s breast cancer diagnosis as one of the major struggles he had been battling.

Daequan has experienced similar setbacks forcing him to take time off. Serious back pain put him out action for much of 2019, as he would struggle to sit behind his desk for hours – a requirement of streaming all day. In December 2019, he explained that he was taking time off to focus on his physical and mental health, along with that of his girlfriend Exie.

In January 2020, he tweeted about making the new year a good one, and that he missed his fans greatly. “I got a lot to say and show y’all,” he told his supporters.

During 2020, both Hamlinz and Daequan did some streams and videos for the release of Call of Duty: Warzone, before announcing their “return” in September of 2021.

When will Hamlinz and Daequan be back?

Unfortunately, there’s no way to know for sure. Previous sabbaticals have varied in length, and they’ve been gone for much of the last two years, so it’s no certainty that their breaks are ending anytime soon.

Thankfully, they’ve proven in the past that when they do make a comeback, their loyal fans will always be there to support them. The fact that they’ve built such large and dedicated followings is a testament to their abilities as entertainers and content creators, but for now, it looks like life is still getting in the way of their eventual return.