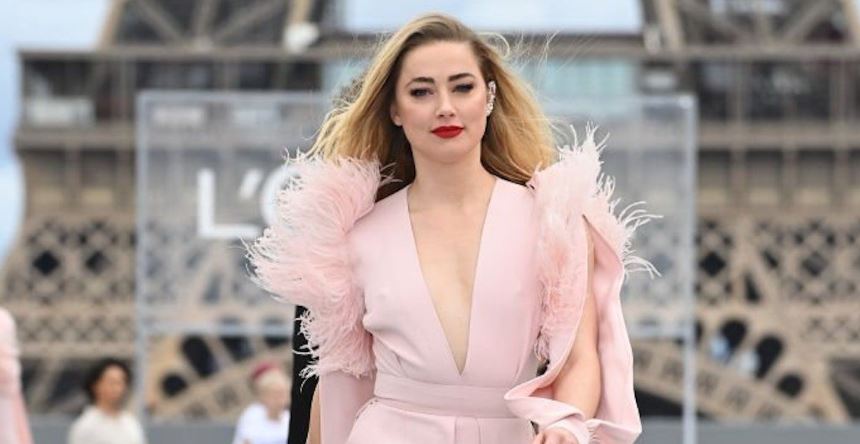 What is next for Amber Heard’s career now following the Johnny Depp defamation trial?

The internet was divided in the wake of the 2022 defamation trial between Johnny Depp and Amber Heard. He sued her for tarnishing his reputation, and he actually won –– to the tune of $10.35 million. Based on social media responses from the general public, it appeared Johnny was the one the world was siding with. Now, he’s been busy taking back control of his career and his personal life narrative.

Johnny is set for a major career comeback amid bustling rumors of Beetlejuice 2 and his possible return to the Pirates of the Caribbean film franchise. He’s also got his Dior luxury endorsements as well as new music with Jeff Beck. Johnny spent the last several years being torn down by society up until the results of his defamation trial were announced. He’s ready to live his best life again.

So, what does that mean for Amber?

What is Amber Heard up to now? She just sold her home.

Amber is no longer living in Yucca Valley, Ca. with her daughter as of early Aug. 2022. Hello Magazine reports she sold their three-bedroom home for $1.05 million after losing the trial. Originally, she purchased the property for $570,000 in 2019. This means she’s walking away with close to double the initial amount. The outlet also stated that Amber’s new place of residence is currently unknown.

She Knows explains that one of the benefits Amber got from living in Yucca Valley was her level of privacy; staying off of the paparazzi’s radar was incredibly easy for her to do. It’s possible she relocated to a place that’s equally as low-key, especially in the wake of all the negative attention she’s been receiving.

Amber is focusing on motherhood.

In an interview with Savannah Guthrie on NBC’s Today, Amber said that she would no longer have to “juggle calls with lawyers” and could now focus all of her attention on her daughter.

Amber’s daughter, Oonagh Paige Heard, is a huge staple on Amber’s Instagram. Leading up to the trial, Amber shared tons of photos with her little one. On April 8, she posted a celebratory tribute to her daughter with a caption that said, “My little O is a year old today. I still can’t believe you’re here. The greatest year.”

What’s next for Amber Heard’s career? She has two new movies lined up already.

Anyone who thought Amber’s career would totally wither up following the trial was wrong. In fact, she now has two separate movies lined up. According to Macra, she’s starring in a movie called In the Fire, which is about a psychiatrist in the 1800s who lives on a plantation. IMDb says she’s also starring in a movie called Run Away With Me about an international love affair intertwined with criminal mayhem between America and Europe.

Despite the online petition to have Amber removed from the DC universe, she’s still part of the cast of Aquaman and the Lost Kingdom. The petition currently has over 4.6 million signatures, but the filmmakers obviously aren’t concerned. The movie is set to be released in 2023.