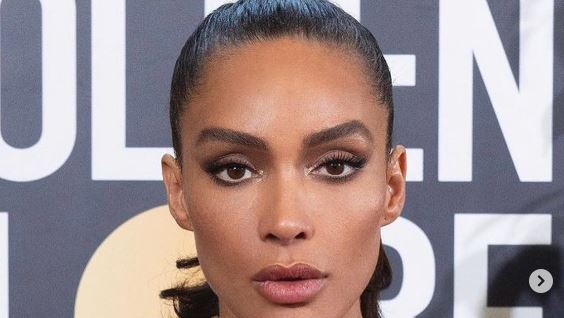 The PSG and France striker Kylian Mbappe, after breaking up with Emma Smet reportedly went on to date a transgender model.

The DreddsInfo reports that Kylian is dating a woman – who was born with male body parts, that are still fully functional.

According to media reports, Mbappe and Rau have been in an amorous relationship for several months, first seen together during the Cannes Film Festival in May earlier this year.  Subsequently, the pair were seen on a yacht with the Paris Saint-Germain superstar lifting his heartthrob as they shared a romantic time together.

The 23-year-old player is among the biggest superstars in France, playing his trade for PSG, where he leads the attacking lineup along with Lionel Messi and Neymar.

Reportedly the highest paid player had earlier almost signed a deal with Real Madrid, however, PSG hijacked and offered him a lucrative wage while granting him the authority in the day-to-day operations of the club.

Kylian Mbappe has found himself as the centre of numerous scandals this season. He was ridiculed for deliberately shoving Lionel Messi in the pitch and then fighting with Neymar for a penalty kick.

Reportedly, there was a growing tension between him and Neymar after the reports emerged that the French forwards were lobbying the club to get rid of the Brazilian.

However, for the past few games, it seems that they have buried the hatchets at least on the pitch. The duo were on the scoresheet in PSG’s latest fixture against Toulouse while Messi also recorded a couple of assists.

Although the professional football player has been very quiet about his personal life, rumours about him dating Rau have taken over the internet after a picture of him lifting Rau was released by the Italian media.

Who is Ines Rau?

Ines Rau is a French IMG model of Algerian descent. She is also an actress, an activist, and an author.

She became the first transgender woman model to appear on the cover of Playboy magazine back in 2017.

The model had made her first appearance in Playboy in the year 2014, where she posed nude for a special section called Evolution.

At the time, she received a lot of backlash due to her appearance, to which the son of Playboy’s Founder, Hugh Hefner responded as, “We should collectively be fighting for a more open world, not one that promotes hatred and a lack of acceptance.”

Following her transition at age 16, Ines described it as liberating. She wrote in her autobiography: “I feel that my soul is finally free as if the lock that kept me locked up for so long had opened. This time I am totally a woman.”

In an interview, Rau expressed her fear for revealing her gender as she said, “I lived a long time without saying I was transgender.”