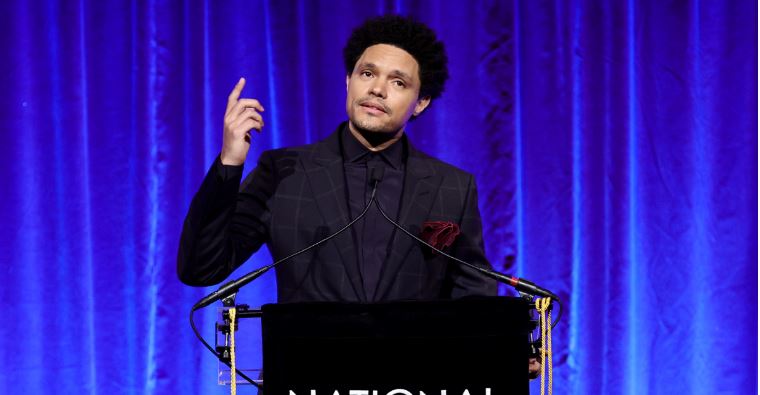 Who is replacing Trevor Noah as host of ‘The Daily Show‘? Now that Trevor Noah is leaving, could one of his correspondents replace him?

Jon Stewart’s time at The Daily Show was so extended that, to many, it felt like he would never step down. When he did in 2015, a lot of weight and expectation were understandably put right onto Trevor Noah. Trevor managed to meet — and even surpass — expectations, but announced just recently that he too would be leaving the show following a seven-year stint as its host.

Who is replacing Trevor Noah as host?

Following the news that Trevor would be leaving the show, fans began to speculate almost immediately about who could step into the role next. Rumors began to circulate wildly, with some suggesting that Amber Ruffin or even Snooki could be right for the job.

“In time, we will turn to the next chapter of The Daily Show, and all of our incredible correspondents will be at the top of that list,” a Comedy Central spokesman told The Hollywood Reporter on Oct. 2. “Until then, we are focused on celebrating Trevor and thanking him for his many contributions.”

It seems like the current correspondents on The Daily Show, which include Ronny Chieng, Michael Kosta, Desi Lydic, Dulce Sloan, Roy Wood Jr., and Jordan Klepper could all be in the mix.

Although nothing is final yet, TMZ has reported that Roy Wood Jr. may be the frontrunner to take over as the show’s host. In addition to being one of the more prominent correspondents on the show right now, Roy’s contract is also set to expire and Comedy Central is eager to keep him on the network.

Roy has apparently been told that higher ups “want to meet with him to discuss his future … but he’s not been personally told he’s even a candidate to replace Trevor.”

TMZ also reported that there’s some chatter about choosing a woman as the show’s next host and that Desi Lydic, Michael Kosta, Ronny Chieng, and Dulcé Sloan are all in the mix in addition to Roy.

Although he’s been hosting the show for seven years, Trevor’s decision to leave The Daily Show was something of a shock.

“We’ve laughed together, we’ve cried together. But after seven years, I feel like it’s time,” he continued.

Trevor said that the pandemic had an impact on his decision, as he realized that he missed being on the road and doing shows as a stand-up comedian. “I miss learning other languages,” he explained. “I miss going to other countries and putting on shows. I miss just being everywhere doing everything.”