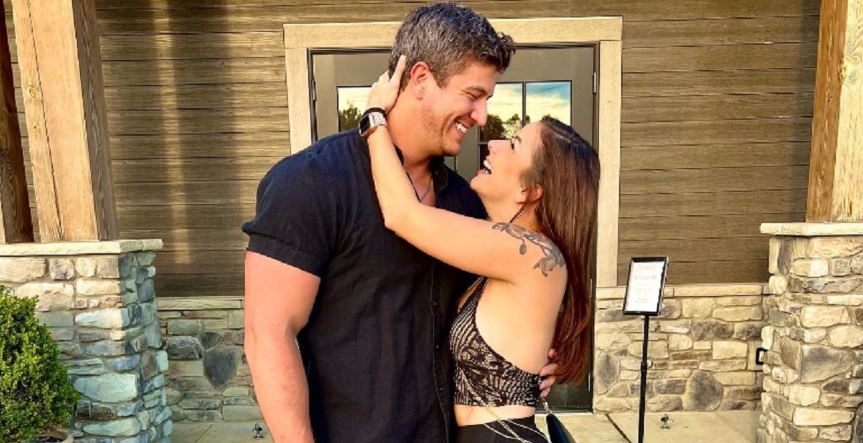 Amber and Barnett from ‘Love Is Blind’ got married, but are they still together?

Dating on reality TV can lead to wildly unpredictable outcomes, but sometimes, two people manage to find each other through a show like The Bachelor or Love Is Blind and manage to make the relationship work in their actual lives. Now, following Amber and Matt’s (aka Barnett’s) time on Love Is Blind, many are curious about whether the two of them are still together.

Are Amber and Barnett from ‘Love Is Blind’ still together?

Amber and Barnett famously almost didn’t get married at all at the end of Love Is Blind. Ultimately, though, the two decided to get hitched, and it looks like that was the right decision. According to a source who spoke with Women’s Health, the two went through a brief moment where they wondered whether they should really be together, but eventually, they decided to work things out.

“Although they did have a brief moment — not so much a breakup — but a moment where they were like, ‘Should we really be married? Is this going the right way?'” the source said. Now, the two seem to be happy together, and Amber has even changed her last name to Barnett.

Amber even commemorated their third wedding anniversary in November of 2021, so it seems like the two may be in this for the long haul.

“But seriously, Happy Anniversary to my Love @barnettisblind. This third year was definitely charmed, and judging by the pics I’d say we’ve got this kissing thing down pat! If it’s cool with you though I’d like to keep practicing,” she wrote at the time.

Their marriage seems to be moving full steam ahead, and they have the show to thank for that.

Instagram isn’t necessarily a reliable barometer for a successful relationship, Amber and Barnett certainly post plenty of photos that make it seem like they’re happily married. It seems like they even took a double date with fellow Love Is Blind couple Lauren and Cameron to Universal Studios in 2021.

After its sophomore season debuted in February of 2022, fans were eager for more Love Is Blind to hit Netflix. Fortunately, the streamer has already renewed the show through season 5, and they’ve been steadily working their way through filming.

In an interview with Distractify, host Vanessa Lachey said that the upcoming third season, which was filmed in Dallas, was “special” for the show’s production team.

“Dallas was a diverse cast,” she shared. “I remember thinking that it represented a lot of different sides of Dallas.”

Vanessa also added that Seasons 3, 4, and 5 were already finished filming and that because they had filmed each season back to back, the events of the seasons had started to blur together in her mind a bit.

All fans at home can hope for, though, is that there are some lasting love matches made over the course of the show. Not every relationship is going to work out, but Amber and Barnett suggest that at least some of them can.