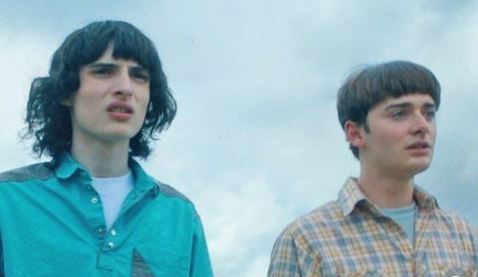 Stranger Things star Noah Schnapp said he hopes there’s a more concrete coming out moment for Will Byers, who hinted at his sexuality in season four.

Noah Schnapp is holding out hope that Will Byers will have a coming-out scene in Stranger Things season five.

The actor loved the subtlety of Will’s conversation with Mike (Finn Wolfhard), in which Will teased his feelings for his best friend, but he’s hoping the character will have the chance to share his true feelings in the coming episodes. He even asked the Duffer Brothers what they have in mind, but the siblings are keeping their plans a secret.

“I’m always spoiling stuff, so they will never share anything with me,” Noah told Variety, later adding that he was assured Will’s story will be good. “They’re still working it out, but they have their end goal.”

And while the Duffers plan to be more explicit about his sexuality in the future, Noah said for viewers, it’s “100 percent clear that he is gay and he does love Mike.”

From an actor’s point of view, he felt that it would’ve been weird for Will to come out in season four since there hadn’t been much discussion about this topic in past episodes. “It was always kind of there,” he pointed out, “but you never really knew, is it just him growing up slower than his friends?\

Noah noted that having Will just come out as gay would ignore the complexity of these situations, saying that Will “struggles with knowing if he’ll be accepted or not, and feeling like a mistake and like he doesn’t belong.”

“All his friends, they all have girlfriends and they all fit into their different clubs,” he continued. “Will has never really found anywhere to fit in.”

So for now, Will isn’t ready to share that part of himself yet. It’s why he hid his tears after talking with Mike in the van about how much El (Millie Bobby Brown) adores him, even though he was really talking about his own feelings. As Noah said, “Everything was done so intentionally, like when I put my hand over my mouth. He’s hiding it, and he doesn’t want Mike to hear him.”

Even Will’s brother Jonathan, played by Charlie Heaton, is hesitant to outright ask Will about his feelings toward Mike after seeing him cry in the van. “Jonathan is talking to him in code,” Noah said. “It’s just the perfect way to tell someone like Will that he cares about him and he accepts him no matter what. I think it was really wholesome.”

In addition to a coming out scene, Noah is hopeful fans will get answers to Will’s weird mental connection to Vecna. It’s a question that’s been on his mind since season one. “I just want to see it all tie in and all work out,” he said. “So I’m excited to see what happens.”