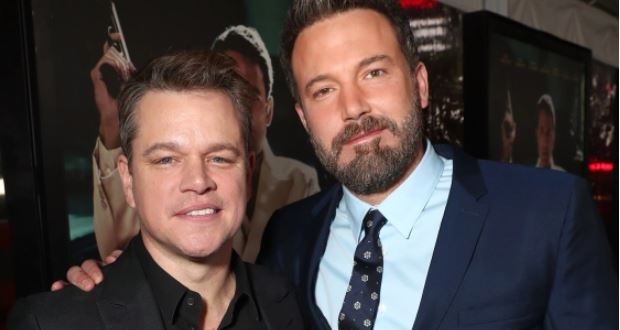 Are Ben Affleck and Matt Damon related? Damon and Affleck are longtime friends who made their acting dream come to reality.

Award-winning actors Matt Damon and Ben Affleck have known each other since they were children.

While the two were in high school at Cambridge Rindge and Latin, they began working together in theatre productions. So, how did they meet and what movies have they starred in?

How did Ben Affleck and Matt Damon meet and when did their friendship begin?

Matt Damon and Ben Affleck met as kids back in the 1980s after their moms introduced them, and they’ve been friends ever since.

They went on to cowrite and costar in “Good Will Hunting,” which landed them an Oscar.

Damon and Affleck are vocal about their friendship in interviews and hype each other up online.

Matt Damon is 51 years old and was born on October 8, 1970. He is married to Luciana Barroso since 2005 and the duo has three children.

Ben Affleck is 51 years old and was born on August 15, 1972. He is married to Jennifer Lopez. He has three kids from his previous marriage to Jennifer Garner.

What movies have Ben Affleck and Matt Damon starred in together?

Field of Dreams is a movie about family, baseball, tradition, and willpower.

While both actors remain uncredited, they appeared as spectators in the crowd at a Fenway Park baseball game.

The two reportedly agreed to be extras in the film so they could have a chance to visit Fenway together, per ScreenRant.

School Ties is the movie credited with launching Ben Affleck and Matt Damon into recognition among Hollywood’s rising stars.

Taking place in a 1950’s Jewish preparatory school, School Ties follows a group of students as they grapple with growing prejudice.

Affleck and Damon both played antisemitic classmates, noted for their stand-out performances.

Perhaps the most recognizable movie for the acting duo, Good Will Hunting follows Will – portrayed by Damon – a genius who works as a janitor.

After he solves a complicated math problem, Will is taken under the wing of a noted professor.

He is made to seek treatment from a therapist after a run-in with the law, played by the late Robin Williams.

Chasing Amy is a romantic comedy about a straight man – Affleck – who falls in love with a lesbian – Joey Lauren Adams.

Damon only appears in the film briefly.

Dogma is a satirical film about a Catholic woman struggling with her faith who must stop a pair of fallen angels – Damon and Affleck.

Damon and Affleck appeared as comic relief characters in Jay & Silent Bob Strike Back, portraying spoofs of themselves as they filmed a scene for the not-actually-real Good Will Hunting sequel.

In the reboot, Damon plays Loki – his Dogma character – while Affleck appears as Holden, his Chasing Amy character.

Working on the screenplay together for the first time since Good Will Hunting, Damon and Affleck also starred in The Last Duel.

The duo will once again work in front of the camera together with an upcoming biopic about Sonny Vaccaro, the man responsible for signing Michael Jordan to his first Nike deal.