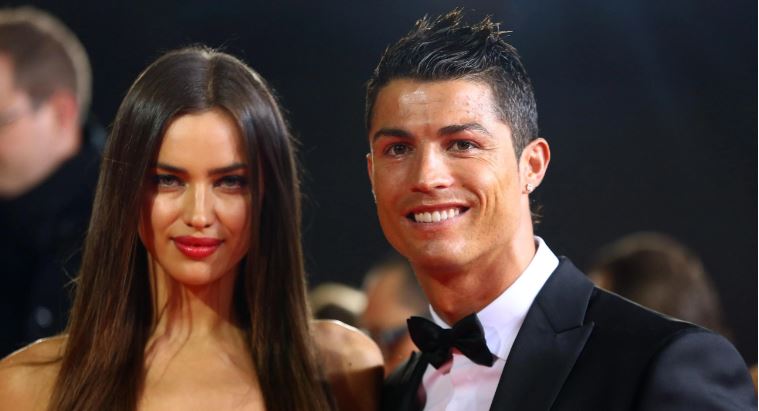 Who all has Cristiano Ronaldo dated over the years? The renowned soccer player has two kids with his current partner Georgina Rodríguez.

Portuguese soccer player Cristiano Ronaldo is one of the world’s highest-paid athletes and is widely considered one of the best soccer players of all time. Over a 19-year career, he’s won over 30 major trophies and holds the record for the most goals and assists in the history of the UEFA Champions League.

But for all his successes on the field, Cristiano’s fans are equally enamored with the soccer player’s life outside of the game. For years, there has been speculation about the billionaire soccer star’s relationship status, and his life as a father, and recently the rumors reached a fever pitch when Cristiano’s current partner posted some pictures that suggested the two had gotten married.

Is Cristiano Rolando actually married to his girlfriend Georgina Rodriguez?

Cristiano Ronaldo and his longtime girlfriend Georgina Rodriguez are constantly at the center of marriage rumors. The soccer player started dating Georgina back in 2016 after the two met at the Gucci store in Madrid, where she worked as a sales assistant. The Spanish model has been Cristiano’s most serious partner after his highly publicized breakup from Russian model Irina Shayk in 2015.

Since getting together, Cristiano and Georgina have had a child together, their daughter Alana, and they also co-parent Cristiano’s three other children: Cristiano Ronaldo Jr., and twins Eva and Mateo. While the couple has been building their beautiful family for the past four years, they either haven’t gotten married yet or haven’t publicly confirmed to their fans that they have.

But just because they haven’t said anything doesn’t mean that fans haven’t spotted what many speculate are clues that the couple has indeed made it official. Back in January, Georgina posted a family photo to Instagram in celebration of her 26th birthday. In the caption, she shared a sweet message to her fans, but it was the way she addressed Cristiano that got a lot of people wondering.

“Y Gracias a mi marido por haberme dado lo mejor de la vida, nuestros hijos. Os amo,” she said, which translates to, “And thank you to my husband for giving me the best of life, our children. I love you.” Naturally, fans were quick to spot the fact that Georgina used the word “marido” to describe Cristiano, which translates to husband.

The couple neither denied nor confirmed whether they had tied the knot but rumors once again were sparked over the summer, after the whole family was on vacation in the French Riviera. Following a few weeks on a yacht with the entire family, Georgina posted a picture of just her and Ronaldo with her left hand awkwardly covered up, and a cryptic caption that simply said, “YESSS” followed by a rose emoji.

Just a few days after, both Cristiano and Georgina also shared a four-minute video of them and some friends at a party for the couple. Although neither were dressed in traditional wedding attire, friends appeared to be congratulating them and the style of the video was suspiciously reminiscent of wedding videos that have become popular in recent years.

Again, reps for the footballer denied that he had secretly gotten married, but fans are still wondering. After all, it was barely a year ago when Cristiano confirmed to Piers Morgan in an interview that he and Georgina will “be (married) one day, for sure. It’s my mum’s dream as well. So, one day. Why not? I open the heart for her and she opens the heart for me.”

Who has Cristiano Ronaldo dated?

Before Cristiano Ronaldo settled down with Georgina Rodriguez, he had a reputation as a ladies’ man.

The 37-year-old Man Utd star was linked to a slew of glamorous women as he enjoyed a meteoric rise in the beautiful game, including dates with A-listers from Paris Hilton and Kim Kardashian, and model Irina Shayk.

Here are the women who were charmed by the Portuguese superstar.

For four months in 2007, Gemma and Cristiano were an item and the talk of Manchester.

And in an interview in 2016, the soap actress revealed how Cristiano tried to woo her with tea and episodes of Only Fools And Horses.

The pair didn’t last long and Gemma is now happy with Strictly star Gorka Marquez – the couple had a baby daughter Mia in July 2020.

They enjoyed a couple of dates on consecutive nights

After splitting with boyfriend Doug Reinhardt, the LA socialite set her eyes on Cristiano, who spent the summer of 2009 partying in California.

The pair crossed paths in a number of nightclubs, were snapped getting close to one another over two nights.

However, a report claimed that Paris dumped Ronaldo because she thought he was a “sissy.”

In 2010, before Kanye West and Kim became THE showbiz couple, the reality TV star enjoyed an evening with Ronaldo.

The two were reportedly seen kissing in Madrid where she was enjoying a three-day vacation.

Imagine if they did get together? They’d certainly have trumped Posh and Becks.

The pair were together from 2010 to 2015 before they went their separate ways.

Irina then dated Hollywood heartthrob Bradley Cooper and had a daughter with him called Lea but the pair called it quits in 2019.

The Big Brother babe was said to have had a dalliance with the winger in 2006.

They reportedly enjoyed a night of passion, rekindling their romance years later in 2011.

But a spokesperson for Imogen denied the claims, saying that Ronaldo had bombarded her with phone calls.

In 2016, Desiree and Cristiano made brief headlines when they romanced one another.

However, Ronaldo was said to believe that Cordero was “fame hungry” and they quickly split.

The Brazilian model was Ronaldo’s first serious girlfriend as a pro.

She was the sister of his Sporting Lisbon team-mate, Mario Jardel.

The pair were briefly together in 2003.

Ronaldo dated the Portuguese model/TV presenter for over a year between 2005 and 2006.

She was his longest-lasting missus while he was at Old Trafford playing for Man United.

However, they parted ways when they couldn’t sustain their long-distance relationship.

Before he moved to Real Madrid, Spanish model Nereida Gallardo and Ronaldo enjoyed a few dates.

However, it all turned sour and the former nursing student wasn’t very kind about his underpants.

In a kiss and tell story, she revealed he wore tight red pants with an elephant’s trunk on the front.

In 2009, Chelsea’s Juliano Belletti decided to set his sister up with his footballing pal.

The pair enjoyed an intimate date, where they were spied getting close.

Luanna is now a fashion designer and stylist.

Soon after he split with Irina, Ronaldo was linked to Lucia.

The sexy Spanish TV presenter might’ve been the perfect rebound girl for the former Los Blancos forward, but she didn’t stick around long.

In the early months of 2015, it was all over and Ronaldo’s family rubbished claims they were even a thing.

Soraia is a well-respected actress in Portugal.

They dated sometime in 2006, just before Soraia made her name in the starring role of a film called Call Girl.

Incidentally, that was the highest grossing film in Portugal in 2007.

Back in 2002, Portuguese model Ferro reportedly doted on Ronaldo.

In fact, they were once snapped on the beach together – with Ronaldo topping up his tan, while Ferro stroked his manscaped chest.

Again, it wasn’t long before they split.

In 2007, Indian model and actress Basu was pictured smooching Ronaldo.

The stunner admitted the pair formed an unlikely bond over his love of Bollywood movies.

They remained friends after their meeting.

Who is he dating right now? Georgina Rodriguez and Cristiano Ronaldo got engaged on 28th Apr 2018.