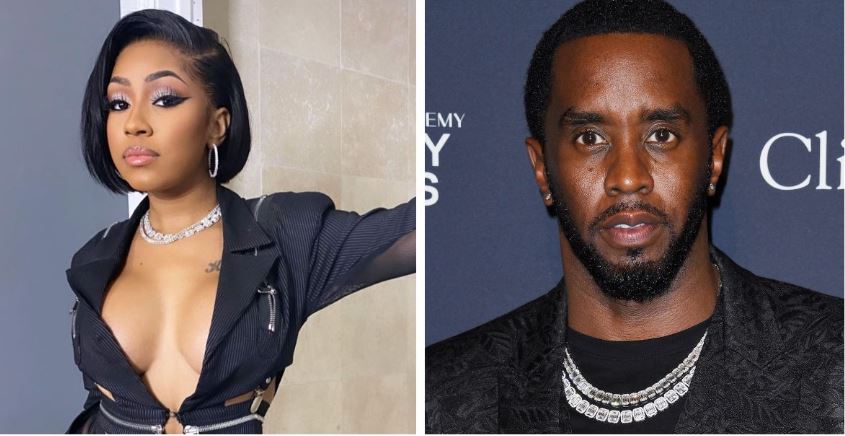 Twitter seems to think Diddy was being petty by shouting out Cassie during his acceptance speech at the 2022 BET Awards in front of his new girlfriend Yung Miami.

Sean “Diddy” Combs was honored with the Lifetime Achievement Award at this year’s BET Awards.

On Friday, the network announced Diddy as this year’s honoree and has assembled an all-star performance to highlight the accomplishments of the music mogul.

Having founded Bad Boy Records in 1993, Diddy jumped started the careers of the late Notorious B.I.G., 112, Total, Faith Evans, and more. He has secured three Grammy awards and countless gold and platinum plaques. The 52-year-old has also ventured into successful entrepreneurial efforts, such as his widely popular 90s to 2000s clothing line, Sean John and Ciroc Vodka. In 2013, he launched his digital cable network, Revolt TV, which is the home to “Drink Champs” and Yung Miami’s podcast, “Caresha Please.”

The BET Awards tribute included some of Diddy’s artists, friends, and collaborators, including The Lox, Busta Rhymes, Jodeci, Nas, Lil Kim, Bryson Tiller, Faith Evans, and The Maverick City Choir. The performance is expected to cover an array of Diddy records, both performed and/or produced by him.

Immediately before Diddy commenced his speech, his new girlfriend, Yung Miami of Caresha Please podcast, was seen supporting her beau with a placard with an inscription that reads “Go Papi!”.

Diddy did not give a shoutout to Yung Miami in his speech as he rather celebrated his ex Cassie while Yung Miami was cheering him up.

This got Twitter users talking. Some users alleged that Diddy seems to cherish Cassie over the ‘Caresha Please’ host while others revealed the rapper was rather embarrassing his new girlfriend in public.

Below is the video of the moment Diddy was thanking Cassie. Also, scroll to see the Twitter reactions.

Throughout the unforgettable evening, each of the show’s award categories—which honor the best and brightest in film, music, television and athletics—was presented by a collection of stars including Daniel Kaluuya, Idris Elba, Janelle Monáe, Keke Palmer, Ne-Yo and Tamar Braxton.

In the lead-up to the awards show, Doja Cat was the most-nominated person of the night with six nominations. The “Kiss Me More” singer is followed closely behind by Ari Lennox and Drake, who each received four nods.

Meanwhile, Zendaya and Forest Whitaker were the only two actors on the night to be nominated for multiple roles in their respective categories.

Zendaya was nominated for Best Actress for her performance as Rue Bennet in the hit HBO show Euphoria as well as Michelle Jones-Watson Marvel’s Spider-Man: No Way Home, while Whitaker was up for Best Actor for his role on the series Godfather of Harlem and the 2021 Aretha Franklin biopic Respect.

But who came out victorious? Well, CLICK HERE to see the full list of nominees and winners below!