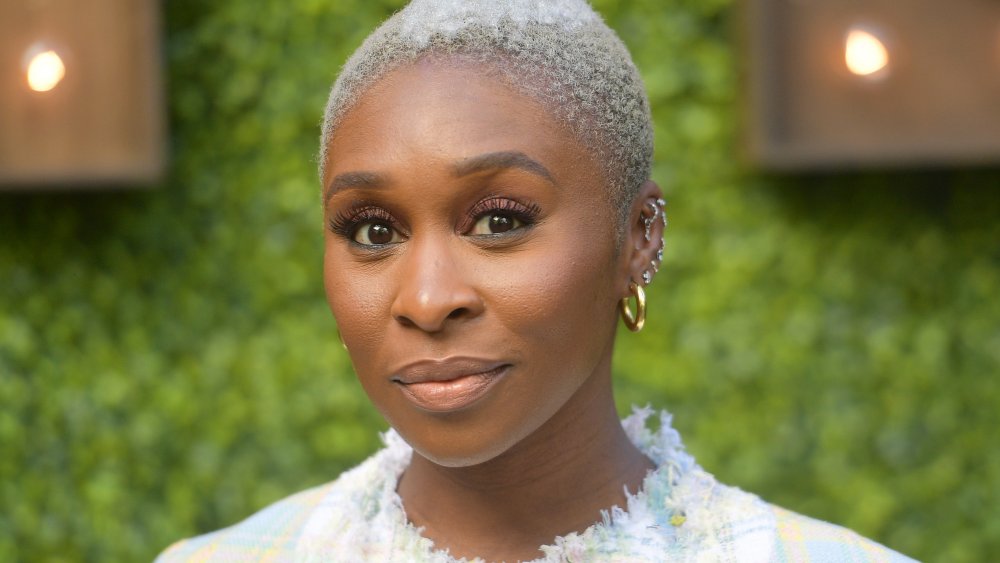 Oscar-nominated actress Cynthia Erivo, 35, is opening up about her sexuality and standing up for LGBTQ+ rights as she comes out as bisexual.

Cynthia Erivo is opening up about being bisexual, and what the journey was like to finally be able to share that part of herself with the world.

During a recent cover story for British Vogue‘s August 2022 Pride-themed issue, the Oscar-nominated Harriet actress revealed to the fashion mag that it took her a while to publicly share her bisexuality with the world because she says that so many LGBTQ+ folks “still feel the need to be constantly justifying why we deserve to be treated as equal beings when really the only difference is that we love differently and we express ourselves differently.”

“Rather than being chastised for that, we should be commended for being brave. That’s the most important thing: giving people the space to show up fully as who they are.”

Before speaking with British Vogue about being bi, Erivo previously self-identified as queer in a 2021 interview with the Evening Standard about her music career.

“It’s not necessarily autobiographical,” she said when asked about the sapphic romance in her music video for her single “The Good.” “But I am queer”.

Speaking more about being queer and part of the community, she continued:

“I have never felt like I necessarily needed to come out, just because no one ever really asked. People make assumptions. No one’s ever really assumed that I’m straight! I don’t think anyone thinks of me as a person that has relationships that aren’t platonic! So I’ve never needed to even really discuss anything about my sexuality at all.”

Who has Cynthia Erivo dated before?

Erivo is Roman Catholic. In 2016, she dated actor and singer Dean John-Wilson. She began dating Mario Martinez in 2017.

Did Lena Waithe and Cynthia Erivo date? There has been speculation for about two years that Waithe, 38, and Erivo, 35, are a couple, but they’ve never acknowledged the status of their relationship. “Chi” creator Waithe wed movie executive Alana Mayo in November 2019, but they split after only two months of marriage.