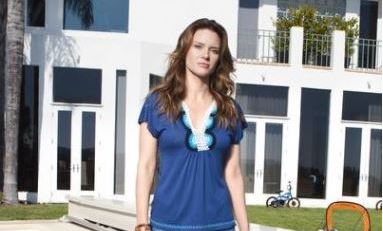 Want to know more about Justine Wilson’s age? Read on to see how old Elon Musk’s first wife is currently, and where she was born.

In this article, you will learn about who Justine Wilson is, her relationship with Elon Musk, how they first met, and how old she is now.

Who is Justine Wilson?

Justine Wilson is one of the most recognizable women in the world. Arguably, Justine is popular for being the first wife, now ex, of a world genius billionaire, Elon Musk. Due to this, was the birth of her celebrated name, Justine Musk.

Wilson came to the limelight when news of her divorce from former spouse Elon Musk broke on the internet.

Justine is a private individual who avoids discussing her personal life in public. The author rarely discusses her family. Consequently, little to no information about Justine Musk’s parents, siblings, and childhood is known.

Musk went to Queen’s University in Kingston, Canada, and obtained a bachelor’s degree in English literature after graduating from high school. After completing her university degree, Justine went on to teach English in Japan. She has a black belt in taekwondo.

Justine Musk began her career as a bartender in Canada before pursuing her dream of becoming a writer. She was still writing her works at the time, and she was debating whether to return to Japan or continue her education in the United States. Afterward, she decided to pursue a career in Japan rather than attend graduate school.

How old is Justine Wilson now?

Justine Musk, aka Jennifer Justin Wilson, (nee Wilson) was born on September 2, 1972. The author was born and raised in the Canadian city of Peterborough, in the province of Central Ontario. Justine describes her childhood as lonely, and she even refers to herself as a lonely kid, suggesting that she was an only child.

Justine Musk is a renowned author, a profession she had always dreamed of

Popularly known as entrepreneur Elon Musk’s ex-wife, Justine is a Canadian novelist. She is best known for her contemporary fantasy novel BloodAngel.

Justine had always aspired to be a novelist. She first became interested in becoming a writer while in her first year at Queen’s University in Ontario, Canada. Coming from a small village, the writer had high hopes for making her ambition come true.

The author has a long list of successful publications, at present, under her belt. Elon Musk’s ex-wife debuted as a writer in 2005, many years after the initial notion. BloodAngel, a contemporary fantasy novel published by Penguin Books’ ROC imprint, is her first novel. In 2007, two years after her debut, she followed it up with another book, Uninvited.

Shortly after, Justine released her third novel, the sequel to BloodAngel, Lord of Bones, in 2008. She also wrote a few stories published in the compilation books The Mammoth Book of Vampire Romance 2: Love Bites and Kiss Me Deadly: 13 Tales of Paranormal Love.

Justine published her fourth novel, A Flighted Friend, in 2020, almost a decade after her last book. Soon after, she wrote Crystal Connection: A Metaphysical Styling Guidebook which Kind Press published in 2021.

With her ever-increasing popularity, Justine Musk’s career is on the rise. We can only expect her to publish even more fantastic books in the future.