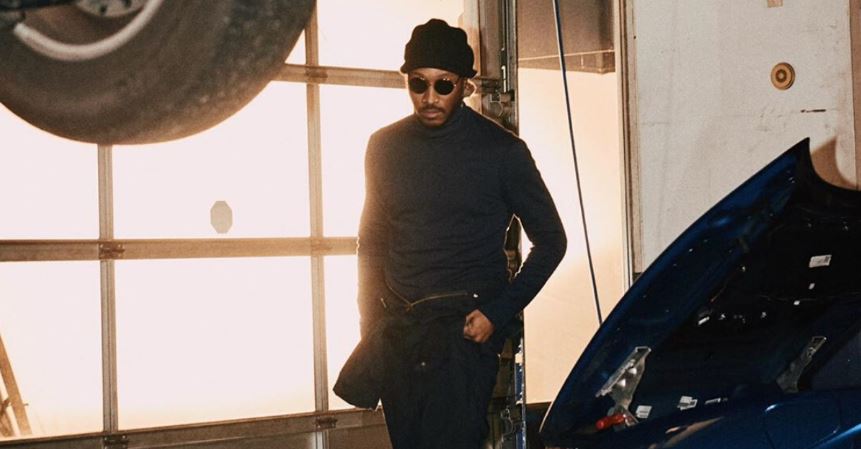 How many baby mamas does Future have? A look at the Future’s family and the mothers of his 8 children.

Rapper Future (real name: Nayvadius DeMun Wilburn) has a lot going for him, both personally and professionally. Future first hit the music scene as a songwriter for fellow Atlanta-based artists, one of the biggest being Ludacris.

His big break came in 2011 when he wrote the song “Racks” for YC. The song was a major bop and got the attention of everyone in the music scene. Since then, he’s worked with everyone from Drake to Gucci Mane and Lil Wayne.

But sometimes it’s his personal life that has people talking the most. And with Brittni Mealy — one of his baby mamas — calling him out on Instagram, it has left the public asking questions about his family life. For starters, how many baby mamas does Future have?

How many kids does Future have?

Future currently has eight children, his eldest being son Jakobi.

He has two other sons, Prince and Hendrix.

He also has a daughter named Londyn.

Future has two other children – Kash and Paris – with unknown mothers.

Eliza Reign’s claims that Future is the father of her two-year-old daughter, which the rapper vehemently denied, has proven to be true after the star took a paternity test which showed that he is in fact the father.

Future has had a really interesting personal life and with that, a variety of relationships and children as a result. Future currently has eight children with eight different women.

Jessica Smith, Brittni Mealy, India J, singer Ciara, professional dancer Joie Chavis, Eliza Seraphin, Cindy Parker, and one woman who has chosen to not be identified are the mothers of Future’s children.

Future was previously engaged to Ciara, but the two broke up three months after they welcomed Future Jr., his fourth child.

Future and Brittni Mealy recently got into an argument on social media.

On August 10, 2021, Brittni revealed a few screenshots on Instagram that show Future allegedly telling their 8-year-old son — Prince Wilburn — that his mother should buy him clothes and calling Brittni a “ho.”

Brittni proceeded to blast him in a slew of posts via Instagram stories.

“He [Future] texts this to a child. You’re a real coward. He’s 8 years old stupid,” Brittni wrote in a now-deleted post.

Future chimed in to say that the messages are false, and Brittni further unleashed her wrath.

“Definitely not cap,” Brittni wrote. “TF I got to lie for, you said it. It’s definitely your number and his son, so stand on it and pipe down if you don’t want these recordings posted.”

Brittni claimed that the reason that Future is acting out is that she’s no longer having sexual relations with him. The 31-year-old also shared that she will always “stand up for her children.”

Things got worse once the “Life Is Good” MC posted a cryptic tweet with the message, “Pray for her.” Future’s mother also got in on the action to verbally attack Brittni on Instagram.

Brittni called out Future’s mother, saying that “she is a part of the problem.” She also said that she needs to stay out of his business and blamed her for raising a narcissist. Whew, chile!

Future hasn’t always admitted to being the father to all his kids.

In 2019, Future was sued by Eliza Seraphin, who took him to court over the paternity of her child. In May 2020, Eliza’s lawyer told US Weekly a DNA test proved Future was the father.

Eliza sued Future for paternity, child support, and custody of their child. She asked the courts to award $53,000 in monthly child support payments, with the number based on the rapper’s income.

At the time, Future tried to countersue Eliza, stating there was “tremendous emotional distress” as she had “turned his world upside down.”

A judge eventually threw out the rapper’s claim.

“The test did confirm that Mr. Wilburn is Reign’s father,” her lawyer said. “We expect a written order from the judge confirming this shortly. While my client is frustrated by Mr. Wilburn’s delay regarding the paternity testing, she is happy that the matter is now conclusively resolved, and that she can now proceed with addressing the matter of getting some financial support for Reign from her father.”

Social media speculated that Future may have decided to acknowledge Cindy’s child as his and that’s the reason she dropped the case in court.

Not to mention, The Blast reports that Cindy and Eliza had their children take paternity tests. They later revealed in a now-deleted Instagram post that there is a 99.9 percent probability of their children being half-siblings. However, given that Future left Cindy out of his many Mother’s Day shoutouts in May 2020, there’s no way to confirm what’s going on there.