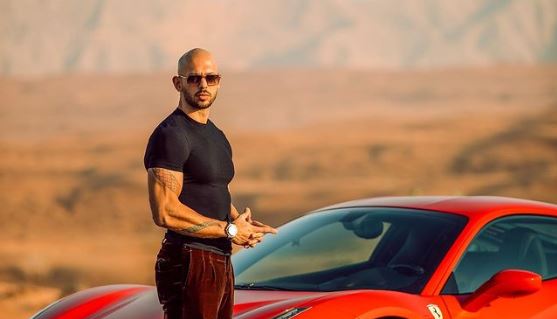 What is Andrew Tate’s net worth and how much does he make? Cobra Tate has made good money from being a cryptocurrency investor and casino chain owner.

Emory Andrew Tate III is a British-American kickboxer, commentator, and businessman. As a kickboxer, Tate is a 3-time ISKA world champion and Enfusion champion. Born in Washington, DC, and moving to England at four years old, he fought out of Luton, England, until his retirement.

Andrew is a four-time World Class Kickboxing Champion. His brother, who Andrew claims is his only true friend, trains him. Andrew believes that a man should be able to sleep with as many women as he wants, but that does not apply to women.

Andrew is a member of Mensa.

But who is he, and what more do we know about him? Here’s all you need to know.

The former kickboxer who briefly appeared on Big Brother. But he was kicked off the Channel 5 show after a video of him appearing to assault a woman emerged.

He wrote: “There are very few fat lonely man, aged 60. With no money or family or hobbys. Who arnt depressed. – this is not a clinical disease.”

What is Andrew Tate’s net worth?

According to Celebrity Net Worth, Tate is worth around £16.2million. Bio Overview estimates Andrew’s yearly salary to be $2 million

According to his website, he is a commentator for Real Xtreme Fighting, Romania‘s largest MMA promotion.

His website advertises War Room, a private members club that costs £4,147 to join.

It’s described as a “global network in which exemplars of individualism work to free the modern man from socially induced incarceration”.

What reality show was Andrew Tate in?

Andrew Tate was a housemate on Big Brother 17 (UK) in the summer of 2016. Before coming into the house, he was an established Mixed Martial Artist.

A huge strategist, Andrew came into the game with a great strategy. He was revealed to be an “Other Housemate”, who did not have housemate status and had to earn his housemate status. He was voted by the public to temporarily move into the main house as a part of a secret task, still as another housemate with another non-housemate, Ryan Ruckledge. Unfortunately, his gameplay backfired, as immediately upon entering the main house, he and Ryan both started to argue with the housemates about their two-faced actions. (Due to the fact they were secretly watching them before they entered).

He was controversially removed from the house after pornographic content of him whipping a woman was leaked. After he was removed, it was revealed that the woman involved, consented to what was in the video.

However, he was kicked out of the house after a week, when a video emerged of him appearing to show him striking a woman.

Tate was reportedly filmed calling his ex-girlfriend a “whore”, hitting her with a belt, and telling her to count her bruises. Tate claimed the acts on the video were consensual, and that he and the woman are still friends.

Tate later posted a video of a woman claiming to be his ex who confirmed this was the case.

Although Andrew himself, and many other fans believe that is an incorrect reason as to why he was ejected. Andrew believes he was removed as a result after unaired altercations with other housemates; Chelsea Singh, Marco Pierre White Jr, and Jackson Blyton, got very heated and due to Andrew’s fighting background, Big Brother feared violent repercussions this and ejected him from the house