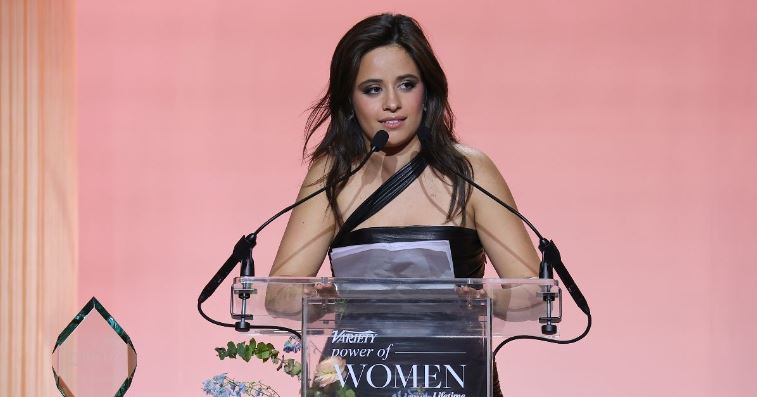 Camila Cabello rose to fame on national TV, now she’s helping others do the same. Here’s a look at her journey to stardom.

Musician Camila Cabello has been making waves in the music world. Between her high-profile relationships with other performers or Billboard chart-topping hits like “Havana,” Camila continues to grow her brand in the industry. The “Bad Things” songstress has been releasing solo music since 2017, but how did she become famous in the first place? Scroll down for everything you need to know.

How did Camila Cabello become famous?

Camila first auditioned for the TV talent competition show The X Factor in 2012, but her audition, which featured her singing Aretha Franklin’s “Respect,” did not air on television because the program didn’t have the rights to the song. She was eventually called back to the stage following the “boot camp” portion of the show to form a girl group that would later be known as Fifth Harmony.

Although Fifth Harmony ultimately “lost” X-Factor by placing third in the competition, they secured a record deal with Simon Cowell’s record label Syco Music and L.A. Reid’s Epic Records. Between 2013-2016, the group performed together and released three albums, with Camila occasionally releasing singles such as “I Know What You Did Last Summer” with Shawn Mendes (who she later dated!).

After Camila announced she was leaving Fifth Harmony, her debut solo single, “Crying in the Club,” was released in May 2017. She later performed the track at the Billboard Music Awards and joined Bruno Mars’ 24K Magic Tour as the opening act for several cities. Her first album, Camila, was released in 2018. She has since released two more albums: Romance and Familia.

Camila is a new judge on ‘The Voice.’

On May 15, 2022, Camila announced on her TikTok account that she would be a new judge on The Voice for Season 22. Taping for The Voice took place during the summer of 2022, and new episodes are expected to begin on Sept. 19, 2022.

It seems like because Camila became famous on a national TV talent competition show, she’s returning some of her good fortunes to others by giving them a chance to succeed the same way.