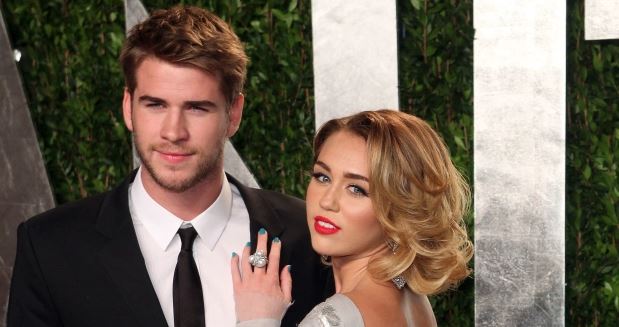 What is Liam Hemsworth’s net worth? Liam is the Hemsworth brother who dated Miley Cyrus. Read on for more about him.

Liam Hemsworth is single once again, following the announcement that his marriage to Miley Cyrus was officially over.

The actor had shared an on-off romance with his soon-to-be ex-wife for 10 years, but where did it all go wrong?

Why did he call it quits with Miley Cyrus?

As revealed in an official statement by Miley’s rep, the former couple parted ways to “focus on themselves and careers.”

A representative for the Hannah Montana star confirmed the separation in a statement, which revealed:

“Ever-evolving, changing as partners and individuals, they have decided this is what’s best while they both focus on themselves and careers.

“The pair will still remain dedicated parents to all of the animals they share while taking time apart.

Since their split, Miley has since been linked to socialite Kaitlynn Jenner, who she was seen getting cosy with during a recent trip to Italy. She is now dating Lilly drummer Maxx Morando after they were spotted together in Miami.

When did Liam get married to Miley Cyrus?

Liam has made headlines with his relationship with singer and actress Miley Cyrus.

The couple met in 2009 while both starring in The Last Song.

Liam and Miley announced their engagement in June 2012 but split two years later.

They rekindled their romance in 2016 and the engagement was back on. It’s not known when the couple will tie the knot but reports in April 2017 suggested they had already wed in secret.

On July 19, 2018, it was reported that Miley Cyrus and Liam Hemsworth ‘called off their wedding’ as she’s ‘not ready to have a baby’.

However, that very same day Liam posted a video of them on his Instagram story, suggesting the split rumours are not true.

On December 24, 2018, it was revealed the couple “wed in a secret ceremony” six years after getting engaged.

In January 2019 Miley slammed rumours she and Liam were expecting their first child, according to a source who spoke to OK! Australia.

The same false source added that the famous pair wanted to bring up the tot in Australia.08

But hitting back at the fake claims this morning, singer Miley delivered a scathing tongue-in-cheek denial – which referenced a viral Instagram photo of an egg.

Along with a pic of her with an egg photoshopped over her tummy, she wrote on Twitter: “I’m not ‘Egg-xpecting’ but it’s ‘Egg-celent’ to hear everyone is so ‘Happy For Us’ …. we’re happy for us too!

“‘Egg-cited’ for this next chapter in our lives…. Now, can everyone leave me alone and go back to staring at an egg.”

OK’s clueless insider had claimed: “Miley’s over the moon because she’s carrying Liam’s baby… It’s a girl, which is what [they] hoped for.

“He called his brothers and parents. [Miley] got him to Skype call her family, too. Her mum was crying.”

They also claimed the singer, 26, wanted to raise her first child in the idyllic Aussie town of Byron Bay, near the I’m A Celeb camp, where Liam’s brother Chris and wife Elsa Pataky live.

Who is Liam Hemsworth dating now?

Liam Hemsworth is officially in a relationship with Australian model Gabriella Brooks. Following his high-profile split from ex-wife Miley Cyrus in 2019, the actor enjoyed a brief romance with actress Maddison Brown before striking up a relationship with Brooks.

Two months after Liam Hemsworth filed for divorce from singer Miley Cyrus, he was spotted with his new girlfriend Gabriella Brooks in Byron, Australia.

“They are very happy together and it’s comfortable and easy.” The publication also reported that Liam’s family approves of their relationship. “Liam’s family really likes Gabriella for him.

What is Liam Hemsworth’s net worth?

The majority of his earnings stem from his involvement in blockbuster flicks such as The Hunger Games, where he played Gale Hawthorne, and 2012’s The Expendables 2.

The Hollywood star has also worked with the likes of Kate Winslet in The Dressmaker, and it’d be fair to assume that working with A-list stars usually means very good pay.

Who is Liam Hemsworth and who are his famous brothers?

Liam Hemsworth was born on January 13, 1990, and is from Melbourne, Australia.

He was named PETA’s Sexiest Vegetarian Celebrity in 2016.

Liam is the youngest of three brothers with Luke and Chris also both working as actors.

Chris is the star of Marvel’s Thor franchise while Luke stars in the TV epic Westworld.

What are Liam Hemsworth’s biggest movies?

Liam remains best known for portraying the role of Gale Hawthorne in The Hunger Games.

His other big-screen credits include The Expendables 2, Paranoia, The Last Song, and Independence Day: Resurgence.

His next movie is 2019’s Isn’t It Romantic opposite Rebel Wilson.

Liam has also made his mark on the TV industry after appearing in Neighbours and The Muppets.

Did Liam lose the role of Thor to older brother Chris?

Brothers Liam and Chris went head-to-head for the role of Thor ahead of the 2011 film.

While Liam lost out, he insists that there are no hard feelings.

The actor explained: “I believe in things happening for a reason. I wasn’t meant to get Thor and could you imagine anyone else but Chris playing him?

“Besides, I think it would have been weird if I had got it as the little brother.”