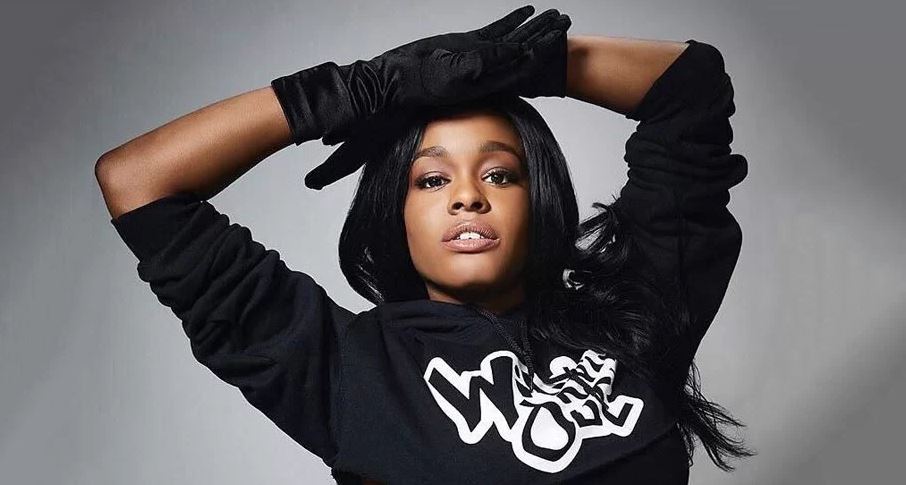 Some speculated the self-proclaimed “Queen of Rap” had been removed from the platform after speaking her unfiltered thoughts about Nicki Minaj.

As rumours that Harlem-born lyricist Azealia Banks may have gotten the boot from Instagram after laying into Nicki Minaj over her own internet beef with 23-year-old Latto, the “Sea Queen” has made a return to the social media platform to shut down some of the gossips, seemingly revealing that she was never stripped of her access to her account.

On Saturday (October 15), Uproxx reported that the “212” artist appeared to have been banned from the Meta-owned app, noting that, after suggesting that her Trinidadian-born nemesis try out a stint in rehab, her account appeared to have disappeared from IG altogether.

While fans were sad about the singer’s disappearance, early on Sunday (October 16), the 31-year-old made her strong online presence felt once again, sharing a black screen to her Story over which she wrote, “You thought…… lol,” followed by a repost of her performing for an amped up crowd while wearing a bold hot pink outfit.

At this time, the “Luxury” hitmaker hasn’t provided any further context as to her account’s sudden vanishing, but knowing her, it likely won’t be long until we hear all the answers.

Banks’ potential ban didn’t come as much of a surprise to the world, particularly since she’s made no effort to hold her tongue when sharing her thoughts about celebrities like Beyoncé, JAY-Z, Minaj, Lil Nas X, and countless others.

“The Barbz need to petition to get Nicki Minaj some rehab and mental health services through the Grammys music cars program,” she wrote in her most recent rant about The Pink Print artist’s feud with Latto.

“It’s becoming painstakingly clear that this woman needs serious help, because this level of anger is not normal at all,” Banks continued. “It’s getting scary watching her spiral like this with a child in tow.”

What is Azealia Banks’ net worth?

Azealia Amanda Banks is an American rapper, singer, and songwriter who has a net worth of $3 million, according to Celebrity Net Worth.

Other online sites like CaKnowledge place her net worth at $6 million, adding that she makes a yearly salary of $0.4 million+ and a monthly income of $35,000. Azealia Banks has earned all of that money from her music career.

Raised in the Harlem neighborhood of New York City, she began releasing music through Myspace in 2008 before being signed to XL Recordings at age 18. In 2011, her debut single “212” went viral and entered several international charts. She has several other singles to her credit, “Liquorice” and “Yung Rapunxel”.

She is the winner of several awards, including New Style Icon at the Billboard Awards in 2011 and Best Single at the 2012 Urban Music Awards.

Banks is well-known for an infamous online spat with celebrity blogger Perez Hilton that unfolded on Twitter when Hilton sided with Banks’ rival, Angel Haze, in a dispute between the two rappers. She has also publicly feuded with Elon Musk and his girlfriend Grimes.

Banks has been open about her sexual identity, having expressed that she disdains the labeling of others based on their sexual orientation, though she herself would say she is bisexual. In February of 2021, Banks announced she was engaged to Ryder Ripps, an artist, though she confirmed the following month that they had broken up.

She has been an advocate for many civil rights causes involving African-Americans. She has demanded that the United States pay reparations to African-Americans due to the enslavement of their ancestors.  She has stated she thinks such an effort would help improve educational prospects for black Americans.

In 2016, Banks sought support from her fans after having suffered a miscarriage.