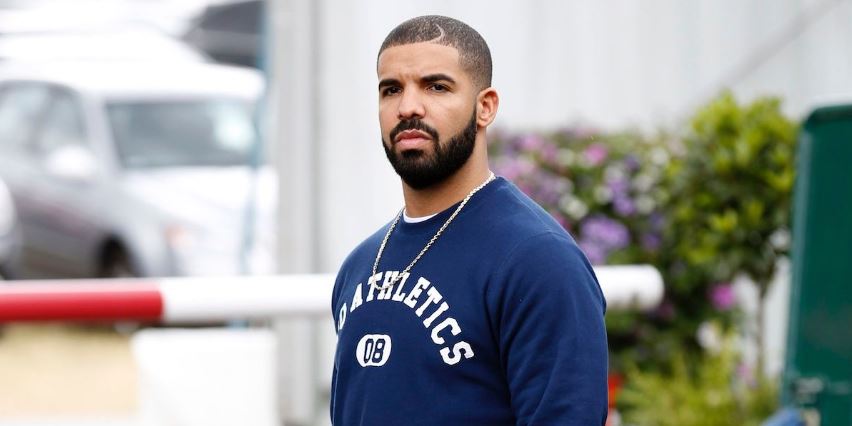 What is Drake’s net worth? The Canadian rapper is quite wealthy. Here’s everything you need to know about Drake’s growing fortune.

Drake is known for his incredible contributions to the rap world and countless collaborations with today’s biggest artists.

Climbing the ranks in the hip-hop world comes with finesse, talent, and a distinctive sound. Most rappers peak with their debut or sophomore albums and slowly fade into the background. But, Drake — born Aubrey Graham — has become a super-talented exception. From the 2006 “Room for Improvement” mixtape to the release of his sixth platinum-selling album, “Certified Lover Boy,” fans have continued to root for his success while applauding his growth as an artist.

Drake’s start in the entertainment world as an actor in the Canadian teen drama Degrassi: The Next Generation still throws people for a loop. The star played Jimmy Brooks, a teenager who used a wheelchair after being injured in a school shooting. This soap-opera background made many people question his abilities as an artist. Making the switch from acting to music is no easy feat, but Drake eventually found his footing. With a long list of accolades and accomplishments under his belt, fans have one question in mind: What is Drake’s net worth? Read on to get your answer.

Drake has accumulated an impressive net worth over his many years in the rap game.

Per Celebrity Net Worth, Drake is worth a whopping $250 million and earns a yearly salary of $70 million. His monumental income is a combination of his work as a rapper, songwriter, actor, record producer, and entrepreneur. Not only is Drake on his way to G.O.A.T. status in the music industry, but in 2021 he was also named Billboard’s Artist of the Decade. And with all of his accomplishments and business moves in mind, his net worth is well-deserved.

Drake reportedly took legal action to get ‘Degrassi: The Next Generation’ character Jimmy Brooks out of a wheelchair.

Even though Drake’s acting days are far behind him, his role as Jimmy Brooks on Degrassi: The Next Generation continues to be a hot topic. For starters, no rapper has shifted gears from actor to the rapper with ease.

At the start of Drake’s rap career, many fans had a hard time separating him from his former teenage character. And it often caused plenty of jokes about the character Jimmy to shift over into Drake’s career as a rapper. The internet nickname “Wheelchair Jimmy” was born along with memes that made their rounds on social media.

So, it’s very interesting to learn that Drake actually took legal action against the Degrassi writers about his former role. Per The AV Club, writer James Hurst revealed that Drake was determined to get his character out of the wheelchair.

“There was a letter from a law firm in Toronto, and it was from Aubrey. It was an odd letter that said, ‘Aubrey Graham will not return to ‘Degrassi’ Season 6 as Jimmy Brooks unless his injury is healed, and he’s out of the wheelchair,’” James told the outlet.

James confronted Drake about the letter at the time, but Drake reportedly claimed that he had no knowledge of it. After being asked about how he felt about the wheelchair, Drake allegedly shared that he was being made fun of by his rapper friends because of it. But, James took the moment to educate Drake about how important the character and his paralysis are.

“‘Aubrey, there’s some kid somewhere in a wheelchair, who’s completely ignored, who’s never on television, never gets represented,’” James said to Drake at the time. “‘I need you to represent this person. You’re the coolest kid on the show, and you can say there’s nothing wrong with being in a wheelchair.’”

James went on to share that Drake was “so nice” and “apologetic” about the situation and decided to stop the legal proceedings. Fans of the teen drama know that Drake continued with the role until he left the show for good in 2009 to focus strictly on music.

In hindsight, James was right. Representation is key in entertainment and Drake being able to portray that role not only did wonders for his career (music and acting), it allowed other teenagers who may not feel represented to feel seen.