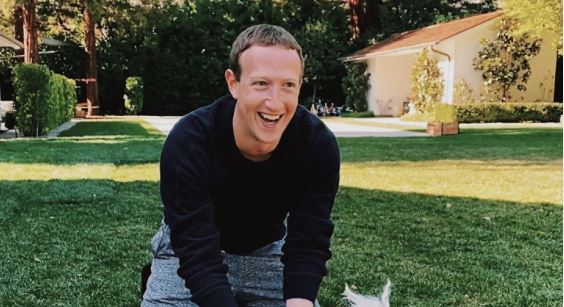 Mark Zuckerberg is a man of many talents. Many know him as the CEO and founder of Facebook, Instagram, and WhatsApp.

Is Mark Zuckerberg an athlete? Well, many did not know that side of the billionaire Tech guru as he has recently been spotted in a training session.

Is Mark Zuckerberg a UFC fighter?

For now, it is not confirmed if the Facebook founder is a certified MMA star. For all you know, it could be one of his hobbies to keep fit or for self-defense.

Mark wowed the world with an outstanding UFC training session video he shared on his Instagram page. Joe Rogan praised Mark Zuckerberg for his viral MMA training video on Instagram.

Joe Rogan was impressed with Mark Zuckerberg’s viral MMA training video shared on Instagram, Saturday night. Writing a comment under the Facebook founder’s post, Rogan remarked that he was “happy” to see his interest in the sport.

“One of my training partners, @khaiwu, is making his debut on @ufcfightpass tonight,” Zuckerberg captioned the clip. “Looking forward to a great fight.”

Rogan, who works as a UFC commentator in addition to podcasting, wrote in response: “This is great! I’m so happy to see this. Training looks solid too!”

Zuckerberg had recently revealed his interest in MMA during an appearance on The Joe Rogan Experience, telling the comedian that he’s been working with Dave Camarillo.

“It really is the best sport,” Zuckerberg said at the time. “The question isn’t, ‘How did I get into it?’ It’s, ‘How did I not know about it until just now?’ From the very first session that I did, like five minutes in, I was like, ‘Where has this been my whole life?’ All right. My mom made me do three varsity sports and my life took a wrong turn when I chose to do fencing competitively instead of wrestling in high school or something.”

Check out Zuckerberg’s MMA video below.