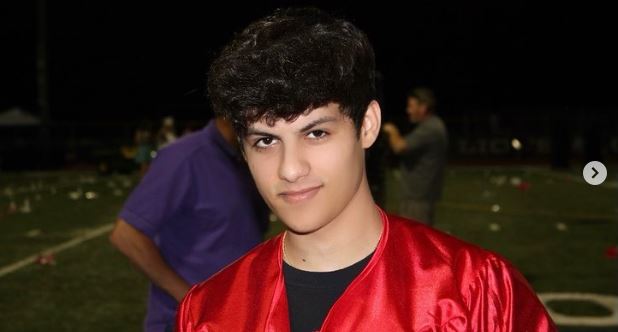 Who is Stable Ronaldo dating now? The newest member of Faze Clan is in a relationship with an influencer by the name of Angie Marie. Read more about her below.

Who is Stable Ronaldo?

Stable is a Popular online gamer who is best recognized for the Fortnite streaming videos he posts to his StableRonaldo_ Twitch channel. He has accumulated over 2.6 million followers on the channel. He has played Fortnite against other famous gamers like Ninja.

Stable Ronaldo is one of the biggest personalities on Twitch. The ex-Fortnite pro began to grow his audience after winning FNCS 2019, but began to fall out of love with competing – and started focusing primarily on streaming.

He launched his YouTube channel in 2019 and has over 55 million views in total as of the time of this article.

He has gained over 1.1 million subscribers on his Stable Ronaldo YouTube channel. He became a player for NRG Esports. He has also posted multiple videos of himself reacting to videos of famous TikTok stars like Charli D’Amelio and Addison Rae.

He was born in the United States on January 15, 2003. His birth/zodiac sign is Capricorn. He has been friends with fellow social media star Clix. Stable is about 6 feet 5 inches tall. He has over 630K followers on his Instagram page.

Who is Stable Ronaldo’s Girlfriend?

Faze Ronaldo is in a serious relationship with his girlfriend named Angie Marie. Angie is a vibrant social media star and an influencer who has a popular Twitter account at @angmaire. She has over 31K followers on Instagram @angiemarie.

Stable Ronaldo loves to flaunt his girlfriend on his social media platforms. He has loved-up pictures of himself and Angie from the super bowl, their prom night, and more other occasions.

In an announcement on June 30, StableRonaldo was announced to FaZe Clan, as he surprised his fans with a video where members Blaze, Adapt, Rain, and Kaysan welcomed him to the FaZe Warehouse for his official entry into the organization.

Now, with his “outrageous sense of humor” and “his ability to transform any moment into gold when live streaming”, the 19-year-old caught the attention of FaZe Clan and is being welcomed into the organization with open arms.

Joining the world-class gaming organization is a huge deal for the young streaming star. “I’ve looked up to FaZe Clan for as long as I can remember so to be here now as an official member and working alongside everyone is an incredible feeling,” said Ronaldo.

Of course, FaZe Clan is glad to be introducing him as the newest member to work alongside their robust talent collective of creators and esports professionals. “We are excited to bring in FaZe Ronaldo and welcome him into the FaZe family,” said FaZe Clan co-owner Rain.

“We’ve been eyeing his content for some time with his ability to capture the attention of his audience not only with his gaming content but also his crazy sense of humor and who he is as a person. Ronaldo embodies everything we’re looking for when bringing new talent to the team and I know our fans will be excited for this natural fit.”

Why was Stable Ronaldo banned from Twitch?

Stable Ronaldo, one of Twitch’s biggest stars, issued a brief ban from streaming, leaving the NRG Fortnite star in panic. He was at over 2.3 million followers on the platform with thousands of average viewers when he got banned.

He was streaming Valorant to nearly 5,000 viewers on Twitch late on December 1 before he was suddenly slapped with a one-day ban. The star took some time to process the suspension on Twitter.

“I just, right now, got banned on Twitch?”

“I’m actually about to freak the f**k out and start saying a bunch of sh*t if nobody contacts me about this,” he added in a now-deleted tweet.

Stable Ronaldo spoke out on Twitter immediately after being hit with a Twitch ban on December 1.

There are suspicions the streamer was banned for showing sexually suggestive content after a tweet from fellow Fortnite star ‘Clix’ popped up on stream. It came directly after the star showed, what viewers believe, is a slightly suggestive clip on stream.

However, he dispelled the latter as the reason — and never opened up publicly on exactly why he kicked off briefly.

“It’s not this [referring to the Twitch clip], it was Clix’s private account tweeted something and it showed. I think that’s what it is,” Ronaldo said.

Twitch does “restrict content that involves nudity or is sexual in nature,” according to its community guidelines.

He was unbanned on twitch after the NRG streamer was slapped with a 24-hour ban on December 1 — rumored for showing sexually suggestive content on stream. The exact reason, however, was never disclosed.