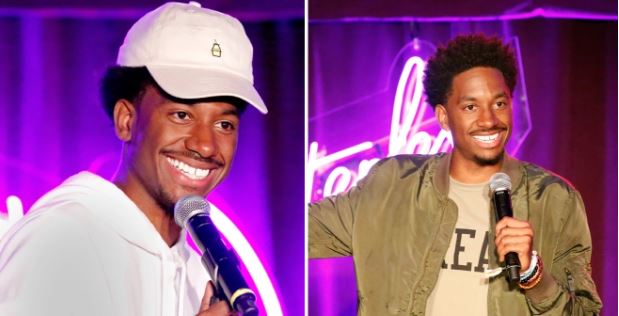 Comedian Jak Knight died from suicide after being found with a gunshot wound, coroners have confirmed.

Knight was found near an embankment in the city, police said.

Coroners conducted an autopsy and revealed he died from suicide, PEOPLE reported.

Knight was a writer on the Netflix show Big Mouth and voiced the role of Devon.

The comic also had a Netflix special that aired in 2018 as part of The Comedy Lineup series.

He also recently appeared in Bust Down on Peacock, a series he also co-created.

Knight’s first job in the industry was as a writer on the animated Lucas Bros Moving Co when he was 20 years old.

Co-creators Keith and Kenneth Lucas “heard about me from somebody, I don’t know who, and they were like ‘Aye come hang out with us,'” Knight said in a 2018 interview with Respect.

One of Knight’s biggest inspirations was Dave Chappelle and the animated series, Boondocks.

Fans and colleagues were stunned to learn of Knight’s passing.

A joint statement from Peacock and Universal Television – obtained by The Hollywood Reporter – said: “We are devastated by the passing of Jak Knight.

“He was a brilliant comedian, visionary, and artist and we were all lucky to experience his greatness.

“Our hearts are with Jak’s family, friends, and community during this heartbreaking time.”

Comedy Central said: “Jak Knight was a hysterical and honest comedian. We will miss him tremendously.”

Tim Dillon, a fellow comic, tweeted his condolences as well.

He said: “RIP to Jak Knight. We taped Netflix specials together years ago.

“He was an incredibly funny original voice in comedy and a great guy who will be sorely missed.”

And, Kumail Nanjiani, who starred in the HBO comedy Silicon Valley, tweeted: “Rest In Peace Jak Knight. Hilarious comedian and a great guy. I can’t believe it.”