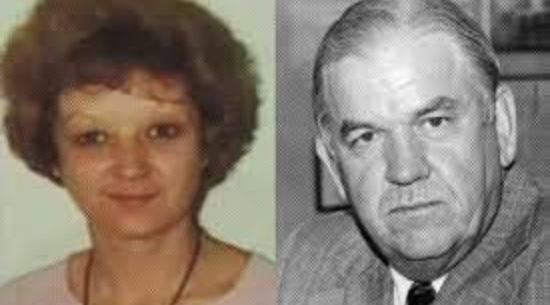 Jane Roe And Henry Wade: Who were Roe and Wade in the popular “Roe v. Wade” Supreme Court landmark? Here’s a history, summary, and background.

In this article, TheVibely will share with you the persons behind the popular landmark “Roe v.Wade”, their story, who they were, and what ensued between them.

Who Was Jane Roe?

Who Was Henry Wade?

Until the late 19th century, abortion was legal in the United States before “quickening,” the point at which a woman could first feel movements of the fetus, typically around the fourth month of pregnancy.

Some of the early regulations related to abortion were enacted in the 1820s and 1830s and dealt with the sale of dangerous drugs that women used to induce abortions. Despite these regulations and the fact that the drugs sometimes proved fatal to women, they continued to be advertised and sold.

In the late 1850s, the newly established American Medical Association began calling for the criminalization of abortion, partly in an effort to eliminate doctors’ competitors such as midwives and homeopaths.

Additionally, some nativists, alarmed by the country’s growing population of immigrants, were anti-abortion because they feared declining birth rates among white, American-born, Protestant women.

In 1869, the Catholic Church banned abortion at any stage of pregnancy, while in 1873, Congress passed the Comstock law, which made it illegal to distribute contraceptives and abortion-inducing drugs through the U.S. mail. By the 1880s, abortion was outlawed across most of the country.

During the 1960s, during the women’s rights movement, court cases involving contraceptives laid the groundwork for Roe v. Wade.

Meanwhile, in 1970, Hawaii became the first state to legalize abortion, although the law only applied to the state’s residents. That same year, New York legalized abortion, with no residency requirement. By the time of Roe v. Wade in 1973, abortion was also legally available in Alaska and Washington.

Norma McCorvey maintained a low profile following the court’s decision, but in the 1980s she was active in the abortion rights movement.

However, in the mid-1990s, after becoming friends with the head of an anti-abortion group and converting to Catholicism, she turned into a vocal opponent of the procedure.

Since Roe v. Wade, many states imposed restrictions that weaken abortion rights, and Americans remain divided over support for a woman’s right to choose an abortion.

In 1992, litigation against Pennsylvania’s Abortion Control Act reached the Supreme Court in a case called Planned Parenthood of Southeastern Pennsylvania v. Casey. The court upheld the central ruling in Roe v. Wade but allowed states to pass more abortion restrictions as long as they did not pose an “undue burden.”

In June 1970, a Texas district court ruled that the state’s abortion ban was illegal because it violated a constitutional right to privacy. Afterward, Wade declared he’d continue to prosecute doctors who performed abortions.

The case eventually was appealed to the U.S. Supreme Court. Meanwhile, McCovey gave birth and put the child up for adoption.

On Jan 22, 1973, the Supreme Court, in a 7-2 decision, struck down the Texas law banning abortion, effectively legalizing the procedure nationwide. In a majority opinion written by Justice Harry Blackmun, the court declared that a woman’s right to an abortion was implicit in the right to privacy protected by the 14th Amendment.

The court divided pregnancy into three trimesters and declared that the choice to end a pregnancy in the first trimester was solely up to the woman. In the second trimester, the government could regulate abortion, although not ban it, in order to protect the mother’s health.

In the third trimester, the state could prohibit abortion to protect a fetus that could survive on its own outside the womb, except when a woman’s health was in danger.

In 2022, the nation’s highest court deliberated on Dobbs v. Jackson Women’s Health Organization, which regarded the constitutionality of a Mississippi law banning most abortions after 15 weeks of pregnancy. Lower courts had ruled the law was unconstitutional under Roe v. Wade. Under Roe, states had been prohibited from banning abortions before around 23 weeks—when a fetus is considered able to survive outside a woman’s womb.

In its decision, the Supreme Court ruled 6-3 in favor of Mississippi’s law—and overturned Roe after its nearly 50 years as precedent.