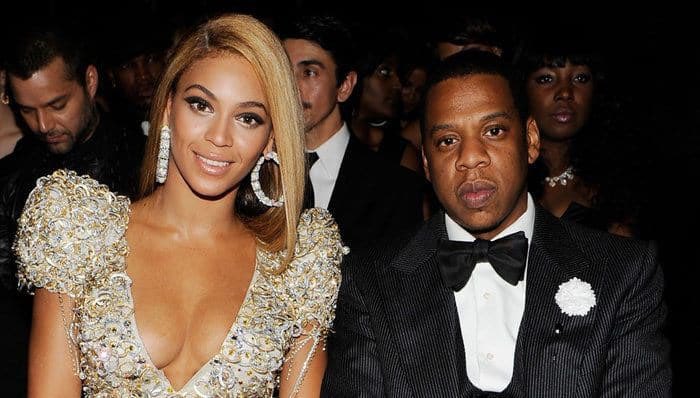 Seeing as six long years passed between the arrival of Beyoncé’s Lemonade and her newly released Renaissance album, the Houston native had a lot to say on her 16-track project – including addressing her husband’s past infidelity, and the time that her younger sister, Solange Knowles, attacked JAY-Z in an elevator at the 2014 Met Gala.

“Boy, I know you can’t help but to be yourself around me / And I know nobody’s perfect so I’ll let you be,” the four-minute and 14-second long song continues. “It’s the way that you wear your emotions on both of your sleeves, ’til the face you make when I tell you that I had to leave.”

Elsewhere, on “ALIEN SUPERSTAR,” Queen B lets her confidence shine through, sharing lyrics that sound as though she’s not worried about catching her husband hanging around “Becky with the good hair” again anytime soon.

“I’m one of one / I’m number one / I’m the only one,” the mother of three boasts. “Don’t even waste your time trying to compete with me / No one else in this world can think like me / I’m twisted, contradicted, keep him addicted.”

RENAISSANCE‘s second title, “COZY,” saw Beyoncé giving a shout-out to Solange for taking matters into her own hands amid her cheating drama with JAY-Z.

As you may remember, security cameras caught the When I Get Home artist physically laying into the New York rapper as her older sister watched. A bodyguard eventually stopped the fight, though viewers of the video have long laughed at how calm Bey remained in the midst of chaos, seemingly unbothered by her man being attacked.

“She’s a god, she’s a hero / She survived all she been through / Confident and she lethal / Might I suggest you don’t f*ck with my sis because she ­comfortable,” she reminds listeners.

Jay-Z’s cheating rumors led to the couple’s breakup in 2005.

Infidelity rumours had been circulating since the year before, but it wasn’t until Beyoncé dropped her bombshell album Lemonade in 2016 that the reports were all but confirmed.

The humiliating lyric from her song “Sorry” shook the entire world.

Supposedly of her husband, she sang: “He only want me when I’m not there. He better call Becky with the good hair.”

The track made her fans around the world explode with anger, with many left baffled as to how Jay could dare cheat on his wife.

“Becky with the good hair” is said to be no one in particular, despite rumours she could be designer Rachel Roy or even Rita Ora.

Becky is apparently a mere symbolic representation of “side chicks” everywhere, according to the song’s main writer.

After airing her husband’s dirty laundry out for the world to see, the track forced Jay-Z to confront his demons.

Jay Z appeared to admit to his extensive cheating on his explosive album, 4:44.

On the title track of the album, Jay Z repeatedly apologises for past indiscretions, while on another, Kill Jay Z, he addresses the 2014 Met Gala #Liftgate drama.

On 4:44, Jay responds to his wife’s emotional album as he apologises to his wife of almost 10 years for past indiscretions.

He sings: “If my children knew, I don’t even know what I would do.

“If they don’t look at me the same I would probably die of all the shame.”

More lyrics include: “I apologise, often womanise, took my child to be born, see through a woman’s eyes.

“Took for these natural twins to believe in miracles. Took me too long for this song. I don’t deserve you.”

He also admits he “toyed with your emotions because I was emotionless”.

Jay adds: “What good is a menage a trois when you have a soul mate?”

Even #Liftgate was referenced in Kill Jay Z when he raps: “You egg Solange on knowing all along all you had to say was you was wrong.

“You almost went Eric Benét. Let the baddest girl in the world get away. I don’t even know what to say, n****r never go Eric Benét.”

The pair went their separate ways in 2005 amid rumours of him cheating.

It seems after the Jay and Bey aired his extra-marital betrayals, the couple agreed to work hard on their relationship and address Jay’s infidelity.

Jay Z said in an interview with David Letterman: “Much like you, I have a beautiful wife who was understanding and who knew I’m not the worst of what I’ve done.”

“We did the hard work of going to therapy,” Jay-Z added. “We love each other, so we really put in the work for years.”

Shortly before Jay came clean, the couple announced Bey was pregnant with their twins Rumi and Sir, now three.

The family of five seem to have gone from strength to strength since working out their issues and are as happy – and private – as ever.