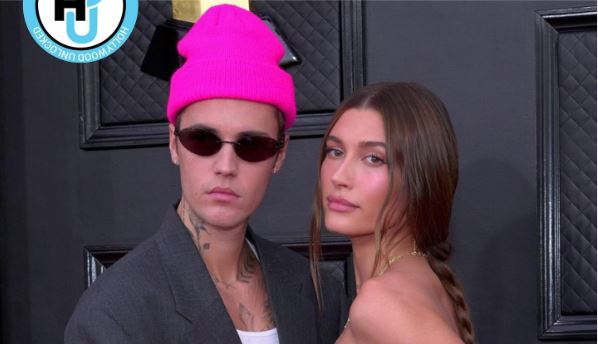 Hailey Bieber has promised fans that her husband Justin Bieber is recovering and making steady progress after taking to Instagram earlier this week to reveal his battle with Ramsay Hunt Syndrome disease.

The rare condition is said to occur when a shingles outbreak affects the facial nerve near one of the ears, which, in Justin’s case, had left one side of his face completely paralyzed. Other symptoms many have suffered from Ramsay Hunt Syndrome include fever, fatigue, ear pain, as well a spinning sensation.

On Wednesday, during an interview on Good Morning America, Hailey told Amy Robach and TJ Holmes that things were starting to look up for the “Peaches” singer, who is already “feeling much better” since the shock revelation. “He’s doing really well. He’s getting better every single day,” she expressed. “He’s feeling a lot better and, obviously, it was just a very scary and random situation to happen but he’s going to be totally OK.”

Meanwhile, Hailey Biber has shown a kind and polite gesture to a female fan who wanted to take a pic with her but was nearly stopped by her security.

A lady identified as Kristal has got her video trending on social media platforms. The video seems to show the lady gracing an event by Rhode Skin – a new philosophy on skincare developed by the model somewhere in New York City.

In the video, Hailey Bieber was of course under tight security, and this said lady upon sighting Hailey attempted to take a picture with her.

Well, the security of Hailey nearly stopped the lady from getting closer but Bieber halted her guard and posed for a picture with her.

The guard in this case was just doing his job as in many circumstances, some fans could be rude and toxic and might have spat or hit Hailey with an object – watch the video here.