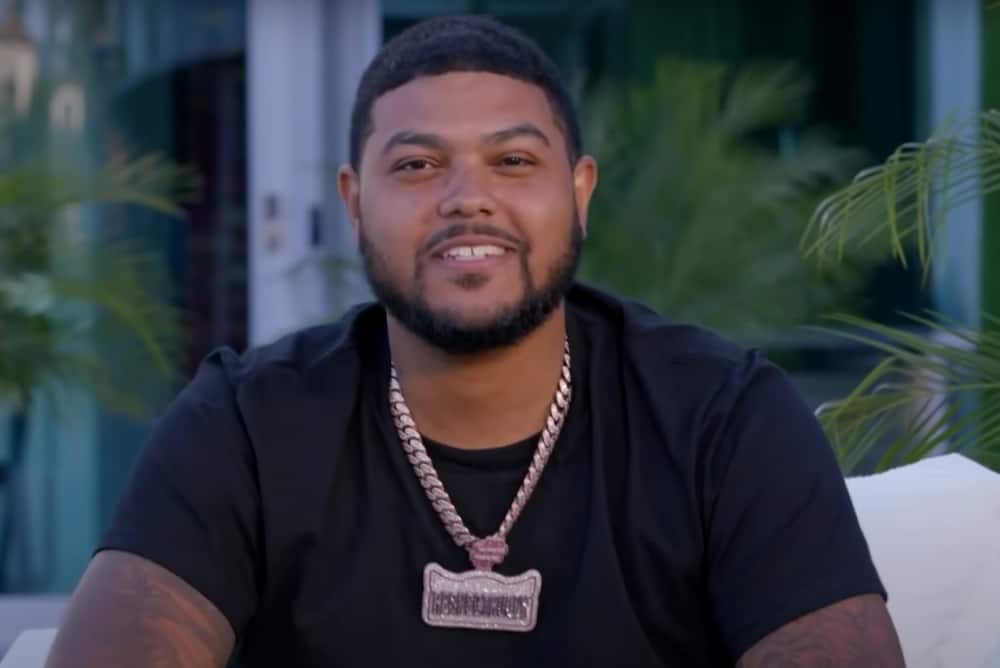 It is not common to hear Justin Laboy’s name unless you are on Instagram or a basketball fan who follows college basketball. However, Justin Laboy has been in the news for his creativity in entertaining his followers amid the pandemic. He has teamed up with some big stars like Justin Dior Combs (P. Diddy’s son), Genasis, Kash Doll, and Casanova to entertain fans, and even got Queen Bey (Beyonce) to name drop one of his famous coined terms, Demon Time, in her song.

Who is Justin Laboy? He is an American former basketball player and current social media and TV personality. He is best known as an Instagram meme sensation and has been behind some of the funniest, most toxic, and most relatable memes ever seen online. Justin also became famous for hosting virtual pop-up strip clubs on Instagram Live that helped many dancers get some income stream during the pandemic.

Justin Laboy is the youngest of five children, and after growing up in a broken home, he was determined to break generational curses. His ambition has therefore seen him become a renowned social media personality and entrepreneur. He is the brains behind Demon Time and revealed that he hopes to become an actor. As he continues working towards achieving his dreams and breaking the generational curses in his family, here is what you need to know about Laboy.

1. Justin Laboy is a former professional basketball player for Pelister Bitola Basketball Club in Macedonia. He quit because it wasn’t his calling.

Justin Laboy started playing basketball when he joined college. He attended ASA College in Brooklyn, New York, United States, and secured a spot for the institution’s basketball team. Laboy’s height of 6 feet and 4 inches suited him well even to play professional basketball. After college, he joined the Pelister Bitola Basketball Club in Macedonia.

But Justin Laboy’s basketball career ended soon. When you hear Laboy speak about people trying out other things until they find their purpose, it is from experience. He was a professional basketball player, but no matter how hard he tried, he realized that his name would never be spoken in the same breath as Michael Jordan’s or LeBron James’s. Tearing his Achilles tendons also helped facilitate the decision to quit.

So he left the sport and changed careers, starting with a nightlife promoter. The inspiration of working in such an environment led him to social media, where he started a virtual strip club during the pandemic.

2. Justin Laboy is a recording artist who started making music in November 2020.

It is often said that the company you keep will shape you; it proved true for Laboy. He has always been hanging out with rappers, and everyone he met thought he would do great in music. Laboy did not give it much thought until he found himself in a recording studio and decided to develop a theme song for his show. Before he knew it, he was having fun recording, and once Drake and Meek encouraged him to soldier on, he knew music was in the cards.

In 2020, he released the song Respectfully on his YouTube channel. The less than three-minute video has already gained over 90,000 views on YouTube. The song serves as a theme song for his TV show Respectfully Justin. But since he released it in 2020, Justin Laboy has not recorded another song. Nevertheless, music could be his next career path if he decides to follow it.

The social media personality acknowledges God in all situations. When he landed a record deal, he knew that it was God’s blessing upon his life, considering that other rappers have been in the music industry for ages and yet have never got any deals. Laboy feels that the favor in his life is God using him to show people that He qualifies those He chooses and that people can accomplish anything they want even without formal training.

4. He Believes Everyone is Talented.

Laboy opines that we are all talented and have an inner genius waiting to be unleashed. The only thing that holds people back is their lack of faith in their abilities; hence he thinks they settle for being average. However, he believes that we should have the courage to move past our fears such that even if we fail at something, we can try something else until we find our purpose.

Justin Laboy has two Instagram accounts that he uses to communicate with his fans worldwide. His first account is @justinlaboy, with over 5.7 million followers. He uses the account to promote his social media activities, including Demon Time.

His second account is @respectfullyjustin. The account is still new and only has over 340k followers. He uses it to post more about his life and journey. Furthermore, those with business inquiries can use the handle to contact him.

6. Justin Laboy is the man behind the hashtag #Respectfully.

Justin Laboy has used his social media following to amass status and fame within a short period. He started the hashtag #Respectfully on Instagram and Twitter after success with his memes and virtual strip clubs. The hashtag has become a trend on both social media networks and is appropriate for many scenarios.

People use #respectfully to talk about anything, primarily when Justin hosts his show on Revolt TV. In addition, Justin sells merchandise using the hashtag. Because of its popularity on social media, he opened an Instagram account to reflect the word. Justin Laboy’s Instagram is @respectfullyjustin.

7. His inspiration for Demon Time.

According to BET, Laboy and his brother own nightclubs, but the COVID-19 pandemic affected them as hard as other businesses. Unfortunately, Laboy said only the corporate careers were being highlighted, and the women who worked in the nightclubs suffered from loss of employment. Therefore, he wanted to help them get paid, and that is how Demon Time was created. Demon Time is a late-night Instagram Live stream that features different women and viewers tip the dancers using the CashApp. It is such an effective platform that some women have made at least $4,000 in a single night.

In a world where diversity and inclusivity have become the measures of assessing a good employer, Laboy has not been left behind in adhering to these standards. Therefore, he ensured that the women on the Instagram live streams are from varied backgrounds; he started with Black women and then included White, Latino, and the rest, regardless of their body shapes or size. Additionally, celebrities log in to comment using their real accounts, which helped facilitate Demon Time’s growth.

9. He was banned from using Instagram after creating Demon Time.

Laboy started a movement that had others imitating him. As soon as Demon Time was up and running, people saw it was lucrative; Tory Lanez began “Quarantine Radio” while Magic City allowed virtual lap dances. Instagram did not like the trend and started a crackdown on the Instagram accounts allowing such activity. Laboy tried being elusive by using burner accounts, but they were all flagged. According to The Daily Beast, Instagram shut him down and blocked his IP address. He was later allowed to use Instagram after his account was verified.

After Demon Time got popular on Instagram, Beyonce dropped the phrase in the remix of her hit song Savage, featuring Megan Thee Stallion. Instead, Beyonce added the two words in the verse that reads – On that Demon Time, she might start an OnlyFans. The inclusion of the phrase surprised Laboy and even thought that it was a prank. However, it further contributed to his online popularity.

Laboy has already made a name for himself by interviewing celebrities, especially on sensitive matters like sex. The questions are usually personal, and most of us would probably respond by saying “no comment.” Still, his audience is fond of the celebrities who grace his show as guests. It was, therefore, to his fans’ joy to anticipate Drake in an interview after Laboy hinted there would be one soon. Drake got wind of the tweet and responded with a “caps” emoji. According to Hot New Hip Hop, it showed that Laboy’s tweet was false. The social media personality later deleted it, which confirmed that he was lying.

12. Migos Allegedly Beat Him Up.

13. Justin Laboy has an online streaming TV show that bears the names of his social pages.

As the host of the show, Justin Laboy asks the celebrities some hilarious and provocative questions. The conversations happen late in the night because the language used is often not safe for work. Ideally, the celebs talk about sex, relationships, money, women, and more.

14. P. Diddy thinks of him as the biggest Social Media Star.

As the visionary he is, Sean Combs, better known as P. Diddy, launched Revolt, a music-focused digital cable network, in October 2013. The rapper has continued to reinvent the network, and he knows that having an influencer would increase the ratings. Therefore, as published on Page Six, he praised Laboy as the biggest social media star currently hence having him host “Respectfully Justin” alongside Justin Combs, his son.

15. What is Justin Laboy’s net worth?

Justin Laboy is an American former professional basketball player, social media personality, and TV show host with a net worth of $8 million to $10 million. He is famous for coining the hashtag #Respectfully and starting the social media craze Demon Time. Laboy has a cult-like social media following of over 4.1 million users and has become one of the most entertaining individuals on Instagram, mainly because of his memes and hosting virtual pop-up strip clubs on Instagram live.