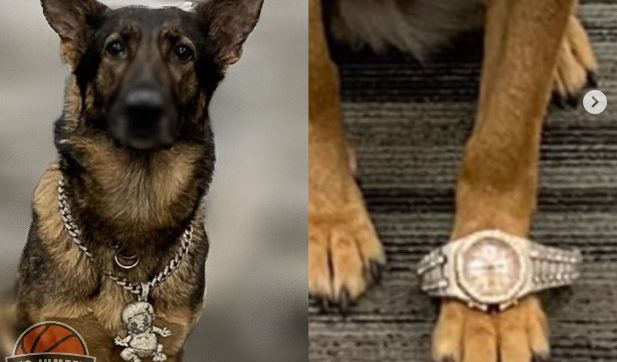 A Louisiana K-9 ‘dog’ officer has been awarded expensive jewelry, a $15k chain, and a $50k watch, after helping the police on a 100-pound drug bust.

K-9 police officers are law enforcement professionals who partner with highly-trained police dogs to execute police duties. These police dogs are a valuable asset to many police departments around the country. K-9 units help identify substances or criminals that an average police officer wouldn’t be able to track.

The Gretna Police Department has shared the news of a successful operation they’ve undertaken which involved 100 pounds of Marijuana and other drugs from the streets.

According to the report, the drugs have an estimated street value in excess of half of a million dollars.

The police department issued a congratulatory message to the Major Crime Task Force and also to K-9 officer Tony.

K-9 Officer Tony was awarded jewelry worth $65K that includes a $15k chain and a $50k wristwatch.