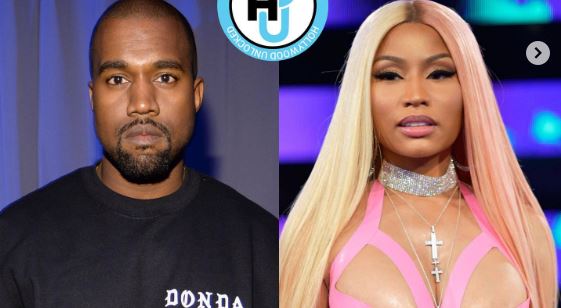 It appears as if Nicki Minaj’s friendship with Kanye West has fizzled out, as the latter has seemingly unfollowed the “Hard White” rapper on Instagram.

Fans noticed Kanye was no longer following Nicki on Monday, which many fans on social media believe is linked to her recent performance at the Essence Festival of Culture.

During Nicki’s headlining set, her DJ began playing “Monster,” lifted off Kanye’s 2010 album, “My Beautiful Dark Twisted Fantasy,” on which Nicki is featured on. Before the track could even get to her verse, she cut the performance short as she told the crowd, “I’m ‘Monster’-ed out, and we don’t f–k with clowns,” and changed the topic to “give a shout-out to New Orleans.”

However, Nicki is still following Ye on his over 16 million Instagram page. He only follows 7,500 people.