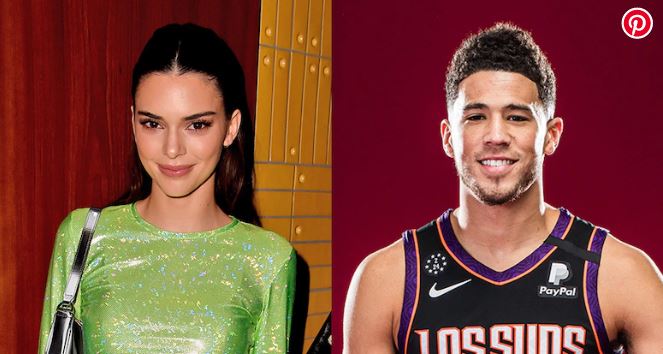 Kendall Jenner was slowly becoming more open about showing off her romance with boyfriend Devin Booker via Instagram. Are the model and NBA player still together today? Scroll down for everything we know about their dating status.

How Did Kendall Jenner And Devin Booker Meet?

Kendall and Devin first sparked romance rumors back in April 2020 when they were spotted driving in Arizona together. After weeks of relationship speculation, the pair officially began dating in June of that year.

However, it wasn’t until February 2021 that Kendall took their relationship to the next level by going Instagram official in honor of Valentine’s Day. At the time, Kendall shared a photo of her and Devin laughing while lying on a kitchen counter.

That wasn’t the only time Kendall took to the ‘gram with her romance. On June 12, 2021, Kendall shared a few PDA-packed pictures on her Instagram Story to celebrate their one-year anniversary.

Then, for her birthday, Devin made hearts melt by sharing a photo of Kendall on his Instagram Story and calling her the “Most beautiful woman.”

Are Kendall Jenner and Devin Booker Still Together?

Kendall and Devin faced breakup speculation in June 2022 after a report from Entertainment Tonight claimed they called it quits.  “Kendall feels like they’re on different paths,” a source told the publication while adding that the two are “not on the same page.”

The source shared on June 22, “Kendall and Devin hit a rough patch recently and have been split for about a week and a half.”

The couple had a “really nice time” in Italy together during sister Kourtney Kardashian‘s wedding festivities, the insider explains, “but once they got back, they started to feel like they weren’t aligned and realized they have very different lifestyles.”

Kendall told Devin she “wanted space and time apart,” according to the source, who shares, “They have been in touch since and do care about one another.”

However, it may not be a permanent breakup, as the insider notes, “They both hope to make it work, but as of now, they are split.

Why Did Kendall and Devin Breakup?

Kendall shared a photo via her Instagram Stories on June 18, 2022, with her pal, model Fai Khadra, sitting at a dinner table together. The following day, Kendall and Fai were spotted on a beach outing together in Malibu, according to photos obtained by the Daily Mail. While she seemed to enjoy a weekend with her longtime friend, fans were concerned because she hadn’t posted anything with Devin for quite some time.

Not only that, but fans also began to worry about trouble in paradise after the two failed to acknowledge their second anniversary of dating on June 12, 2022, after making a very public display of it the year prior.

The date came and went without any Instagram posts or messages about the milestone. The year before, the pair shared tributes with one another with personal photos showing how crazy they were for each other. Kendall posted a smiling photo hugging the Phoenix Suns star from behind, while he leaned in between her legs as she sat on a kitchen countertop. She also included a personal snapshot cuddled up in the Phoenix Suns star’s lap aboard a private plane.

Devin shared a series of photos that included the caption, “365. 52. 1,” denoting their one-year anniversary.  He showed a picture of the pair swimming in Utah’s Lake Powell, along with a sunset snapshot including a romantic dinner table while writing, “I [heart emoji] @kendalljenner” on it.

Fans also noticed that the NBA star had either deleted or archived a New Year’s Eve photo from his page showing himself and Kendall smiling and hugging each other tightly. Kendall had also posted it in a carousel of snapshots showing how she rang in 2022, which she simply captioned, “My weekend.”

When Was the Last Time Kendall and Devin Were Seen Together?

Kendall recently brought Devin as her date to sister Kourtney Kardashian‘s May 22 wedding to Travis Barker in Portofino, Italy. The couple had a “really nice time” in Italy together during sister Kourtney Kardashian‘s wedding festivities, the insider explains, “but once they got back, they started to feel like they weren’t aligned and realized they have very different lifestyles.”

What Has Kendall Said About Dating Devin?

While it isn’t often that Kendall expresses her “love” for Devin, she’s shown in other posts how much he means to her. Kenny made a pitch for fans to vote for Devin as a starter for the 2022 NBA All-Star Game with a January 7 Instagram Story, telling followers how to cast their ballots for her boyfriend.

Devin publicly expressed his feelings toward Kendall on her November 3, 2021, birthday. The athlete gushed that she was the “Most beautiful woman” in an Instagram Story photo showing the pair having a romantic dinner during a tropical vacation.

What Has Devin Booker Said About Dating Kendall Jenner?

In March 2022, Devin reflected on their public romance after being asked whether it was “hard having the spotlight” on their private lives.

“I wouldn’t say hard,” Devin told the Wall Street Journal. “Honestly, I’m enjoying life to the fullest, and that came off my tongue so easily because it wasn’t always this way, but I feel like I’m in a good place right now. I love my family, I love the people around me, and I love the impact that I get to have on this world.”

Did Kendall and Devin Ever Get Engaged?

“They’re so in love,” a source previously told Life & Style in January 2022. The insider said that while Kendall and Devin “talk about getting married” and their future together, they’re not in a “huge rush,” to the altar. However, the model’s famous family is “counting down the days” until the athlete “pops the question.”

In March 2022, a separate source close to Kendall told E! News that Kendall and Devin were seriously committed to one another but not yet looking to get engaged.

“Kendall and Devin’s relationship is going strong,” the second insider said, “but they are in no rush to settle down and tie the knot.”

The second source explained that Kendall was “very much content with how things are with Devin right now,” adding at the time, “Devin likes to do little things for Kendall to make sure she is appreciated and loved and it warms her heart.”

Do Kendall and Devin Have Kids?

Kendall expressed how having a baby is starting to feel “real” to her during a June 9, episode of The Kardashians. She went shopping for baby gifts for her then-pregnant sibling  Kylie Jenner and confided to sister Khloé Kardashian, “Oh my god, being in a baby store feels real for me these days. Just like the day is coming for me, you know?”