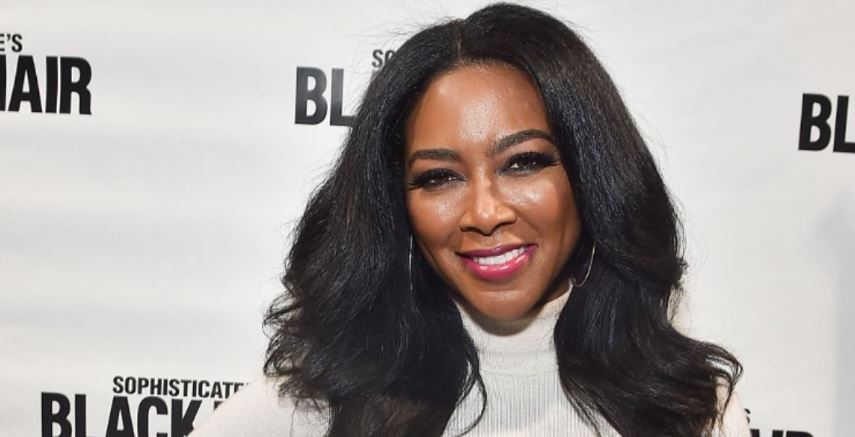 What is Kenya Moore’s net worth? The reality star dished out $10K for her daughter, Brooklyn Daly’s birthday party — Inside her fortune.

Kenya Moore is a reality star, actress, producer, writer, and entrepreneur. Her career began after winning Miss USA in 1993, and she’s been in the entertainment industry ever since. Kenya has been on The Real Housewives of Atlanta since 2012 and has also appeared on The Apprentice, Dancing With the Stars, and Real Housewives Ultimate Girls Trip.

When Kenya Moore twirled into the Real Housewives of Atlanta world, she already had an impressive resume as an actress, producer, and 1993’s Miss USA. However, she often shared her desire to be a wife and mother on the show. After entering a few messy relationships on RHOA with Walter Jackson and Matt Jordan, Kenya found love away from Bravo’s cameras. In June 2017, she and restauranteur Marc Daly eloped in St. Lucia.

Shortly after their wedding, Kenya became pregnant with her and Marc’s daughter, Brooklyn Daly. Since Brooklyn’s birth, the reality star has showered her little blessing with only the finer things in life, which she proved in Season 14 of RHOA. Here’s what to know about Kenya Moore’s net worth and her daughter’s extravagant third birthday party.

What is Kenya Moore’s net worth?

Kenya’s career began long before her RHOA debut in Season 5. After becoming the second Black woman to win Miss USA in 1993, she landed several guest spots on Martin, The Fresh Prince of Bel-Air, and Living Single. She also has a production company, Moore Vision Media, and is the CEO of her hair company, Kenya Moore Haircare. However, RHOA undoubtedly boosted Kenya’s visibility (and pockets). According to Celebrity Net Worth, she currently has a net worth of $800,000.

Since joining RHOA, Kenya has established herself as the show’s “villain” due to her multiple feuds with fellow co-stars NeNe Leakes, Phaedra Parks, and Kim Zolciak-Biermann. The longtime peach holder stayed with the show for five seasons before taking a hiatus in Season 11 to focus on her pregnancy and marriage. Kenya re-joined the cast the following year but reportedly took a pay cut of $500,000 per season. According to RadarOnline, she earned $1.5 million before her secret wedding to Marc.

Whether she’s earning her income from RHOA or other projects, Kenya makes sure Brooklyn reaps the benefits of her hard work. In November 2021, the Dancing With the Stars alum pulled out all the stops for her daughter’s third birthday. Kenya shared the importance of making Brooklyn’s special day memorable and decadent in an episode of RHOA.

“I am going all out for her birthday party,” she said on the show, per Bravo. “She will never forget it.”

With a $10,000–$15,000 budget, Kenya created a lavish tea party for Brooklyn and her friends. She filled the venue with pink and white flowers, balloons, and fringe installations. The mother of one also filled the space with photos of her baby girl. As for food, Kenya’s guests reportedly indulged in various treats, from charcuterie to lobster. Additionally, the party had tea for all and Brooklyn-themed cocktails for the adults.

Kenya’s guest list included several of Brooklyn’s friends, family, and the RHOA cast. Bravo’s cameras were there to witness the event and the not-so-kid-friendly drama. At the party, Kandi Burruss offended one of Kenya’s mom friends by discussing rumors she gave someone oral sex in a locker room. During the scene, the woman walks away with her daughter after informing the cast they’re at a “kid’s party.”

After Kenya tries to console the friend, she ends up in her own drama with Marlo Hampton. The former friends start arguing once Kenya reads Yelp reviews from customers who purchased items from Marlo’s showroom, Le’Archive. She states that the new peach holder’s customers “can’t order” her outfits during their conversation.

Then, their argument escalates when Kenya brings up Marlo’s statement about her borrowing actress LisaRaye McCoy’s Rolls Royce, which Kenya denies, per Entertainment Tonight.

New episodes of The Real Housewives of Atlanta air Sunday nights at 8 p.m. EST on Bravo.