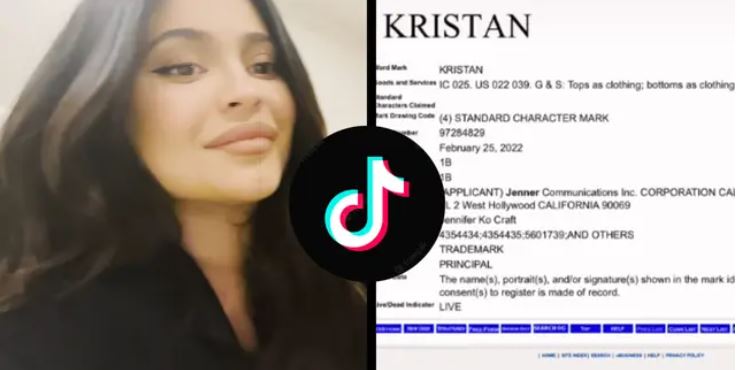 After scouring the internet and looking through trademarks, a TikToker believes they discovered Kylie Jenner’s baby’s name by analyzing trends in the data.

After digging through the internet, TikToker juulsxoxo believes she discovered the secret.

The video began with the Tiktoker asking “did I just crack the code for Kylie Jenner’s baby name?”

She then got into her research and explained her investigation process which resulted in her potentially finding Kylie Jenner’s secret baby name.

“So I was online looking up trademarks, and I found Kylie’s,” juulsxoxo mentioned. She then read out the details of the trademark, verifying the legitimacy of the public documents.

This then lead her into showing off a chain of trademarks, one of which was under the name “Stormi.”

For those who don’t know, Stormi is the name of Kylie Jenner’s first child. And it appears Kylie Jenner trademarked the name soon after Stormi’s birth – a pattern to be mindful of.

The TikToker then got into the big reveal. “And then I found this one.” Shown in the video is the trademark for the name “Kristan.”

She explained the details of the trademark, “owner, Jenner Communications, but attorney of record Jennifer Ko Craft. And yes, this is Kylie’s middle name, but this was filed 13 days after the baby was born.”

The TikToker then showed yet another trademark for Kristan Wolf Enterprises, showing more correlation with the name “Kristan.”

According to the TikTok, Kristan maybe Kylie Jenner’s newborn baby’s name. This is not an official name reveal, but an educated guess based on the evidence currently available to the public.

Kylie Jenner trends on TikTok quite frequently. In September, she went viral on the platform after lactating on her shirt.