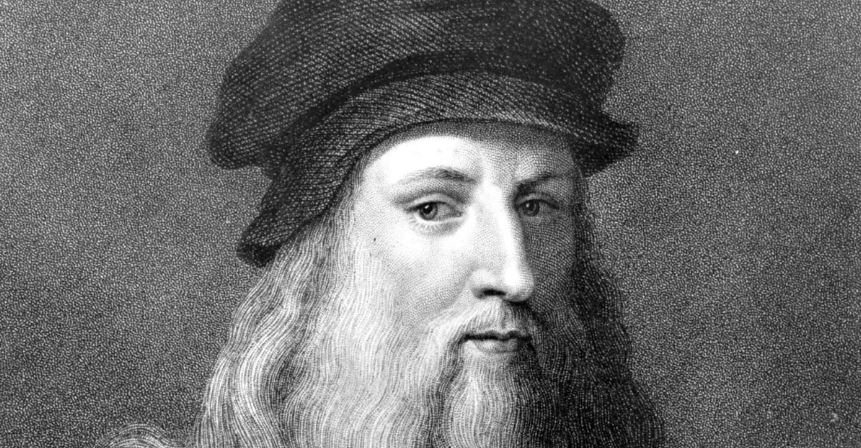 Who was Leonardo da Vinci‘s wife and did he have kids? Inside the late talented painter’s family and love life.

Plenty of people can agree that Leonardo da Vinci was one of the most talented artists to walk the earth. Some of his most memorable artworks include the Mona Lisa, The Last Supper, and the Vitruvian Man. It’s obvious that he took his time with his artistry, painting every single detail as realistically as possible.

Along with being a talented painter, Leonardo was also a scientist, architect, sculptor, engineer, and draughtsman. One of the questions that’s been circulating about Leonardo (years after his life and death) is whether or not he was gay and who his wife and kids were. Here’s what people should know about Leonardo‘s family and his sexual orientation.

Was Leonardo da Vinci married, and did he have children?

According to Atradar Journal, Leonardo never tied the knot with anyone romantically — woman or man. Interestingly enough, his mother and father conceived him without ever getting married themselves either. His mother was a peasant while his father was a notary and lawyer. Although she became pregnant with Leonardo, his father still did not marry her.

In terms of having kids of his own, Smithsonian Mag states that Leonardo never fathered any children. This means that there are no direct living descendants of this talented man who created so many pieces of fine art.

Was Leonardo da Vinci gay? A new show about him on The CW suggests it.

The CW just released a limited series called Leonardo with Aiden Turner in the titular role. In the show, the character of Leonardo is clearly written to showcase his life as a gay man. According to the show’s creator Frank Spotnitz via TV Insider, this is the first time such a thing has actually occurred on television.

Frank said, “This is the first time Leonardo is depicted as he was — a gay man. That was important to us and to Aidan. Leonardo goes from boy to middle-aged man over eight episodes, and you feel it in Aidan’s performance. But there’s a lot of humor, heartbreak, and love along the way.”

So … was Leonardo actually gay in real life? According to BBC, there’s a very real possibility that he was. A composer named Alex Mills has explored Leonardo’s life hundreds of years since he passed away. Alex says, “Leonardo scholars and academics conclude he very likely was gay. Everything points toward that.”

Here’s what else history lovers should know about Leonardo da Vinci.

Since Leonardo is no longer alive to confirm or deny the rumors about his sexual orientation, it’s a subject that will always be left up in the air for speculation. There are other things we do know about him for sure though. For one thing, Leonardo da Vinci wasn’t actually his real name.

According to History Hit, his real name was Lionardo di ser Piero da Vinci. The outlet also made it known that he never actually received any formal education outside of the basics. Even though he was only taught early lessons on reading, writing, and mathematics, he was still able to create some of the most beautiful masterpieces ever.