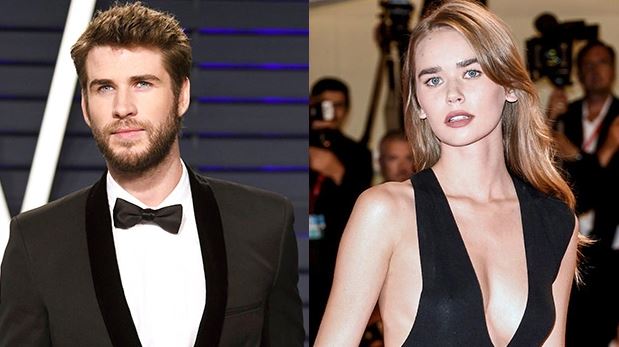 Liam Hemsworth is officially in a relationship with Australian model Gabriella Brooks. Following his high-profile split from ex-wife Miley Cyrus in 2019, the actor enjoyed a brief romance with actress Maddison Brown before striking up a relationship with Brooks.

Two months after Liam Hemsworth filed for divorce from singer Miley Cyrus, he was spotted with his new girlfriend Gabriella Brooks in Byron, Australia.

“They are very happy together and it’s comfortable and easy.” The publication also reported that Liam’s family approves of their relationship. “Liam’s family really likes Gabriella for him.

Everything about Liam Hemsworth, his girlfriend, and their relationship

Gabriella Brooks, like Liam Hemsworth, calls Australia her home. The model and social media influencer is based in Sydney. Brooks, who has a degree in ancient history and archeology from Sydney University, later pursued a career in fashion.

Gabriella, scouted and signed at the age of 14, is represented by modeling agencies like Storm, Priscilla, and Next, according to the Daily Mail. She has modeled in campaigns for various high-profile brands like Topshop, Calvin Klein, and Solid & Striped. As per The Sun, Gabriella dated 1975 frontman Matt Healy for four years before she started seeing Liam Hemsworth.

Following his August 2019 divorce from Miley Cyrus, Liam Hemsworth sparked dating rumors with Gabriella Brooks back in December 2019 when the duo was seen having lunch with Hemsworth’s parents.

In January 2020, the couple was spotted hanging out on a beach in Australia. The two reportedly looked happy as they shared a kiss while playing in the water. A month later, Liam and Gabriella were spotted grabbing lunch at The Ivy in West Hollywood.

In September 2020, an insider close to the couple told Us Magazine that the two had been quarantined together, saying:

“Liam and Gabriella are going strong and have been quarantining together and enjoying their time in Byron Bay. Liam has some movie projects coming up and is happy to be living in Australia and being able to spend his downtime with Gabriella.”

In November 2020, Liam’s brother Chris Hemsworth shared a photo of their family at their older brother Luke’s 40th birthday party, which included Gabriella. The family was dressed up in Peaky Blinders-inspired costumes as they posed for the photo.

In May 2021, after attending many family events, the couple was spotted in a post made by a friend of Brook’s on her birthday. In June 2021, Liam Hemsworth shared a photo of himself, Gabriella, Chris Hemsworth, his wife Elsa Pataky, and Matt Damon‘s wife Luciana Barroso at the Australian charity event, Gold Dinner 2021.

In a December 2021 interview with Stellar magazine, Brooks stated:

“My personal relationship is very, very important and very sacred to me. And I feel like in an industry where so much is put out on show, there are some things you just want to keep to yourself. I completely understand [the interest in our relationship]. But at the end of the day, I guess I just like having that for me.”

The Instagram star also confirmed that the couple has relocated to Los Angeles together after quarantining in Australia amidst the pandemic. As for the Hemsworth family, Brooks said,

“They are great. They are the most beautiful people and I’m very lucky to know them.”

Model Gabriella Brooks celebrated boyfriend Liam Hemsworth on her Instagram story for his 32nd birthday last Thursday. Gabriella, 25, shared a black and white photo of a shirtless Liam with their dog, with “Birthday boy (red heart emoji),” written over it. The photo was followed by a black and white selfie of the couple.