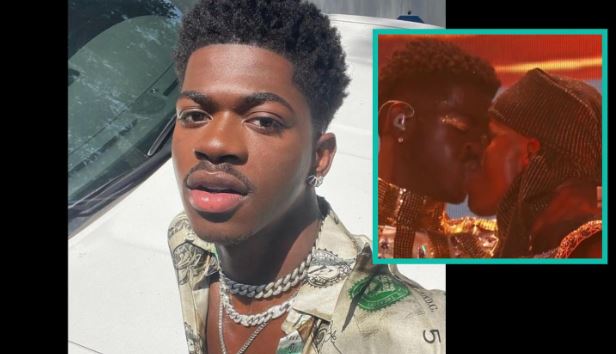 Lil Nas X is opening up about his painful history with BET after he wasn’t nominated for anything during this year’s awards.

Last night was “Culture’s Biggest Night”, but according to Lil Nas, BET is not as down for the culture as they make it seem.

He claims that BET was rude to him before and after his 2021 performance, even questioning if he was a devil worshipper.

In an exclusive statement to Rolling Stone, Lil Nas X and a few of his team members detail the strained relationship between them and the network. Lil Nas X says that before they booked him for his performance in 2021, they heavily questioned if he was a satanist or devil worshipper.

Lil Nas X and his team also responded to BET’s statement that “no one cheered louder” for him following his 2021 performance, where he infamously kissed one of his background dancers.

“At some point after [Nas] got offstage, one of the BET producers came up to me and before I could even open my mouth, he looked at me and said, ‘That was really f***** up’”, said one of Lil Nas’ team members.

“I think BET is doubling down on what they did wrong. Instead of saying, ‘We got it wrong,’ they said, ‘It’s [the voting] community and they don’t f*** with him,’ which is BS. All the accolades, the achievements Nas has had in his career, all the music people have consumed, the [voting] community doesn’t f*** with him? What are you talking about?”

BET has continuously stated that they don’t have an issue with Lil Nas X and wish him the best in his career.