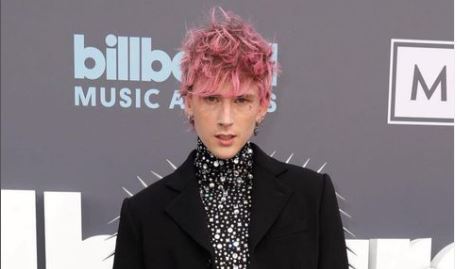 Machine Gun Kelly’s new documentary is showing the highs and lows of his career and touches on a moment when he attempted to take his own life.

In the new documentary “Life In Pink”, MGK recalls a moment in his life where he was about to end it all after being distraught over his father’s passing, “I flew to my dad’s apartment to clear all this stuff out. I had this really weird interaction with this neighbor who told me all these things I didn’t want to hear,” Machine Gun Kelly says in the film. He goes on and says, “That f***ed me up even more because I couldn’t get closure on it. I wouldn’t leave my room and I started getting really, really, really dark.”

Rapper Machine Gun Kelly says he believes his paranoia began to peak during this time, resulting in him sleeping with a shotgun next to his bed, until one day when he “f***ing snapped.”

MGK, goes further into the tragic moment, “I called [girlfriend Megan Fox], I was like, ‘You aren’t here for me,'” he added. “I’m in my room and I’m like freaking out on her and dude, I put the shotgun in my mouth and I’m yelling on the phone and like the barrel’s in my mouth. I go to cock the shotgun and the bullet as it comes back up, the shell just gets jammed. Megan’s like dead silent.”

Machine Gun Kelly also talks about how since he’s innocent he is taking steps to better himself and get the closure he needs from his father’s passing, “Currently, my drug of choice is happiness and commitment to the art, rather than commitment to a vice that I believed made the art,” he said at the time. “I’m taking steps. I had my first therapy session last Thursday. That’s the first time I ever went, ‘Hey, I need to separate these two people,’ which is Machine Gun Kelly and Colson Baker. The dichotomy is too intense for me.”