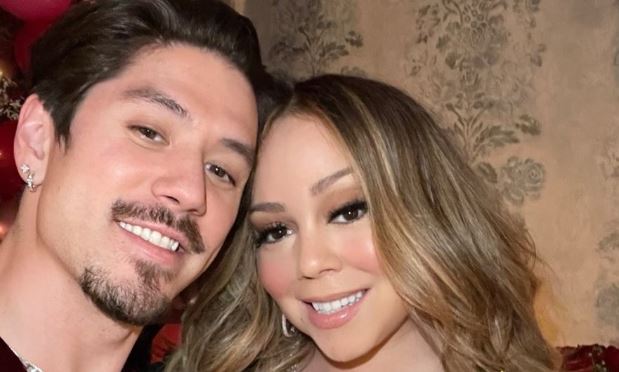 Who is Bryan Tanaka? Is Mariah Carey and Bryan Tanaka still together? Here’s a brief knowledge of the singer and her boyfriend who is a professional American dancer.

Mariah Carey is well-known for her diva-like expectations, and one can only imagine how those standards apply to her relationships. The pop superstar has had her fair share of high-profile boyfriends, and her latest one is turning heads.

This relationship doesn’t have quite the pizzazz of some of her former ones, but maybe that’s exactly the way that the singer wants it. Let’s take a closer look at who Carey has dated in the past and what we know about her latest beau.

Mariah Carey has had two marriages

Carey is currently 49 years old, and she has been in the spotlight since she was just 18. The singer rose to fame in a fast and furious way.

Carey moved to Manhattan fresh out of high school where she was studying cosmetology, working as a waitress, and writing songs in her spare time. A fateful encounter at a party for CBS Records left her with a record deal that immediately produced four number-one singles.

That early chance encounter also led to wedding bells for the singer. The person who picked up her demo album and ultimately signed her was Tommy Mottola, a Sony Music executive. He and Carey entered a relationship and married in 1993.

Mottola was 20 years older than Carey. She has since spoken out about how controlling the marriage was.

“There was a conscious effort to keep me as this all-American, whatever that means, girl,” she said. “It was very controlled. There was no ­freedom for me as a human being. It was almost like being a prisoner.”

She went on to call the relationship “inappropriate.” They divorced in 1998.

Her second marriage came a decade later when she wed actor Nick Cannon in 2008. They had a pair of twins together, and their marriage was well documented and adored by fans. The storybook ending wasn’t in the cards, however, and the pair split in 2016. They now work hard to co-parent well, and it seems like Cannon still holds a flame for his old love.

Those two relationships took up a good chunk of Carey’s adult life, but after her relationship with Cannon, Carey was ready to get into another long-term commitment. This time, she was dating Australian billionaire James Packer. They got engaged in January of 2016, but they broke up later that year without ever having tied the knot.

It turns out it was a costly mistake for Packer. Carey allegedly kept the $10 million engagement ring and later sold it. The singer can add those earnings to her substantial royalties.

Carey has told media outlets that she’s only been with five men in her life, and one of them is her current boyfriend, Bryan Tanaka. Thirteen years her junior, Tanaka met Carey as her backup dancer.

All she wants for Christmas is him! Mariah Carey and boyfriend Bryan Tanaka have been in a low-key relationship since 2016, and there’s a lot to learn about her supportive beau.

Carey isn’t the first celebrity to get in a relationship with a member of her backup crew, but she’s probably the only one who got her younger lover banned from a casino after giving him a lap dance. Allegedly, that’s exactly what happened when Packer got jealous of her connection with Tanaka while their relationship was still going.

It’s unclear when the pair began officially dating, but they’ve been seen out and about several times. It appears that they got close as Carey was recovering from the end of her relationship with Packer. Time will tell if Tanaka will convince Carey to walk down the aisle yet again.

What Is Bryan Tanaka’s Net Worth and Job?

The 39-year-old is quite successful in his own right. He’s best known as a backup dancer and choreographer.

Bryan previously said during an interview with Pacific Rim Video Press in 2015 that the biggest “pinch me” moment in his career was traveling with Beyoncé during her “I Am …” world tour in 2009. As far as singers he was still “dying” to work with at that time, the Washington native named Justin Timberlake.

His years in the entertainment industry have helped Bryan amass an estimated net worth of $1 million, according to Net Worth Spot. Mariah Carey is richer and older than her boyfriend. She is worth $320 million at age 52.

How Did Mariah Carey and Bryan Tanaka Meet?

The “We Belong Together” singer and Bryan reportedly first met long before they became romantically involved. The hunk was a backup dancer for the Glitter actress in 2006 for her “Adventures of Mimi” tour, according to People.

How Long Have Mariah Carey and Bryan Tanaka Been Dating?

Mariah and Bryan first sparked dating rumors in fall 2016, shortly after ending her nine-month engagement to billionaire businessman James Packer. The “Always Be My Baby” songstress referred to Bryan as her “boyfriend” for the first time in February 2017 while speaking to the Associated Press.

“I just don’t feel comfortable talking about my personal life. Can we just keep that private between us? Me and my boyfriend don’t want to do that,” the “Oh Santa” singer said.

Although Us Weekly reported later that year that Mariah and Bryan had briefly split, they quickly rekindled their relationship and have seemingly been going strong ever since.

In September 2020, Bryan made a rare tribute for the “Obsessed” singer via Instagram after she released her memoir, The Meaning of Mariah Carey.

“The world gets to know you a lot more today. Witnessing you write, record, and create this masterpiece was magical,” the choreographer gushed at the time. “You inspire me all the time. I’m so happy for you. I’m so grateful to love and support you in all you do.”

The duo proved they were still hot and heavy in December 2021 when Mariah revealed they were “Aspen bound” for Christmas via Instagram. Bryan commented on the post, which showed the two of them cuddled up outside of a private plane, with a slew of red heart emoji.