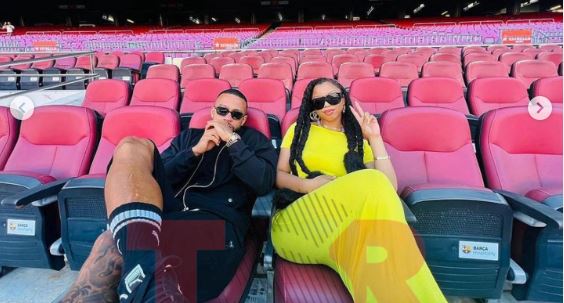 Is Memphis Depay dating singer Chloe Bailey? Here’s what we know about their rumored relationship.

Chloe Bailey has been linked with Gunna for a while however, she is also rumored to be in a relationship with professional soccer player Memphis.

The two have been spotted together on numerous occasions.

Although they rarely post about themselves on their social media pages, they flaunt each other when they’re celebrating their birthday.

If you recall, rumors sparked last year when she wished him a happy birthday and they were spotted in the studio together

Well, Chloe Bailey turned 24 years on July 1 as she was born in the year 1998. She was well celebrated by the media and her fans worldwide. The majority shared her pictures and wished her well.

One particular birthday wish that has gotten the attention of the public is that from Professional soccer player Memphis Depay. He called Chloe her queen in his message to her.

“Happy birthday, queen. This is only the beginning. The world ain’t ready. Love you.”, Memphis who shared a picture of Chloe at the stadium holding a Barcelona jersey wrote.