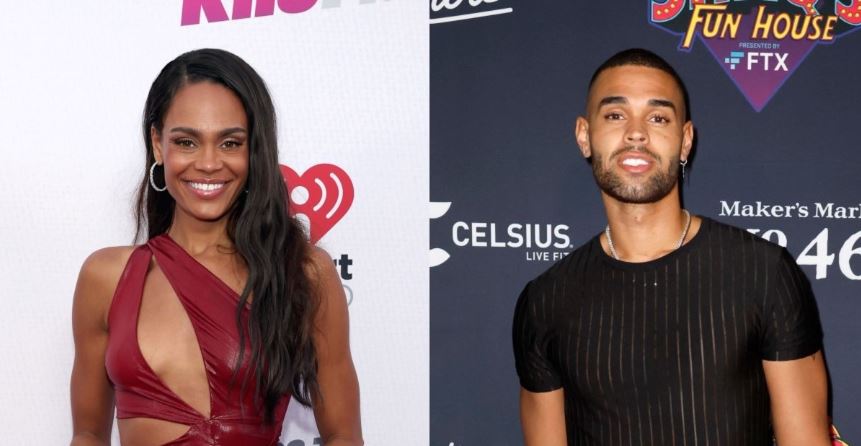 After less than a year of dating, The Bachelorette Stars Michelle Young and Nayte Olukoya have split. Read on to find out what happened.

Michelle Young, the lead of Season 18, and Nayte Olukoya have called it quits after less than a year of dating. The stars announced the decision on Friday, June 17, 2022, via separate Instagram stories.

Michelle and Nayte embarked on a series of swoon-inducing dates in Season 18 of The Bachelorette. But there were signs suggesting Nayte wasn’t ready to make a serious commitment. What happened? Why did Michelle and Nayte break up?

Michelle and Nayte continued to share heartwarming updates about their latest adventures after getting engaged in the Season 18 finale of The Bachelorette — but their latest selfies didn’t quite quash the fast-spreading breakup rumors.

Nayte and Rodney Mathews appeared on a new episode of the Bachelor Happy Hour podcast in May 2022, which immediately tipped off fans that things might be great between Nayte and Michelle.

“Rodney, you have seen Nayte more than I have this month,” Michelle said on Bachelor Happy Hour. In the podcast, Michelle, Nayte, and Rodney also chatted about Nayte and Rodney’s friendship — which started to take shape in Season 18 of The Bachelorette.

Nayte and Rodney started hanging out when they were competing for Michelle’s heart — and they continued to spend time together after Michelle and Nayte got engaged.

According to a yet-to-be-corroborated rumor, Michelle was seen crying in the staff breakout room in May 2022. She was also seen out and about without her engagement ring — which caused a great deal of confusion among fans until they announced they officially broke up.

“This relationship has been very real for us,” Michelle wrote in an Instagram story.

Michelle and Nayte shared separate statements on Instagram on Friday, June 17, 2022. They emphasized that the relationship was genuine — and that they need privacy to deal with the breakup.

“To those who have supported Nayte and I, including Bachelor Nation, I know I speak for the both of us when saying having a relationship in the public eye has not been easy,” Michelle wrote in the Instagram story. “I’m struggling to say that Nayte and I will be going our separate ways, but I stand with him in knowing the heaviness that is present in both of our hearts as this relationship has been very real for us.”

“As we grow and learn, we also realize that sometimes somebody that you hold dear to your heart isn’t somebody that you are meant to spend the rest of your life with,” Nayte wrote. “Michelle and I are going to move forward separately. Hearts are heavy, emotions are high, and we are dealing with this the best way we can.”

Michelle and Nayte received some flak for not moving in together.

Michelle and Nayte were the first couple to score a down payment for a house on The Bachelorette. They were under a lot of additional pressure because of the gift, with many fans quizzing them about their plans to buy a home together. Fans now want to know how the breakup will impact their chances of owning a house.

“A lot of people are asking if Michelle and Nayte need to give back the $200.000 that they received as a gift for a down payment on a house, and it’s honestly none of our business. LMAO, kidding. I need to know yesterday,” tweeted @BachelorBob_.