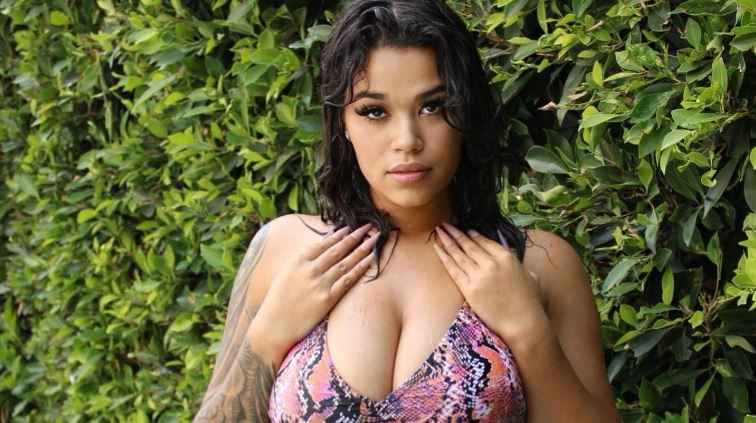 Are Bol Bol and Mulan Hernandez still together? The Sudanese-American professional basketball player was dating the Instagram influencer.

American professional basketball player known as Bol Bol has a huge fan base as a sportsman for the Denver Nuggets of the National Basketball Association. Supporters are intrigued to find out more about his personal life including his current relationship status.

The sportsman confirmed the romance rumors early last year via an Instagram story, as reported by Fadeaway World on 19 April 2021.

Currently, @bolbol does not currently feature his girlfriend in any of his own social media posts, Hernandez who used to post loved-up content with her bf has also stopped.

Who is Mulan Hernandez?

Mulan Hernandez is an Instagram model and social media personality known primarily for her fashionable outfit pictures and selfies. She has accumulated over 500,000 followers on her @realmulanhernandez Instagram account.

Wiki Biography reports that Hernandez is 5 feet and 3 inches tall, a lot smaller than her boyfriend’s height of 7 feet and 1 inch.

She graduated from Walnut Hills High School in Cincinnati, Ohio before eventually attending Georgia State University, and she is currently a college student.

Due to the popularity of her TikTok account, she has gained over 530,000 followers and just over 2.6 million likes.

She is a native of Cincinnati, Ohio but moved to the Houston, Texas area.

As an influencer, Hernandez often promotes products and shares discount codes with her large audience.

@hernandez_ulan‘s Twitter bio describes her as a Colombian individual.

Mulan Hernandez and Bol Bol are no longer together after his ex-girlfriend claimed the NBA player had cheated on her eight times, The Sports Grail reports.

Ever since Bol Bol and Mulan Hernandez had linked up, all the signs alluded toward things turning sour between the two soon.

And they have finally gone their separate ways only months after Mulan had publicly accused the NBA player of cheating on her with eight different women. This came in the wake of Hernandez being said to have cheated on Bol Bol with Stefon Diggs, allegations which she had gone on to refute vehemently.

WAGS Unfiltered has now gone on to report that the two have finally run out of patience with each other with the portal posting, “#WUexclusive 🚨 #mulanhernandez and #bolbol have went their separate ways. I reached out to both parties ( I’m lying. no I didn’t, but it sounds professional to say I did.) and only got a response from Mulan and she said this exactly:

“It makes sense because Mulan has exposed Bol publicly on live for cheating back in January, thoughts? #NBA #orlandomagic”

Shortly after the two had begun dating in April 2021, Diggs had gone on to post pictures of him getting cozy with Mulan to lead many to believe the two were getting nasty between the sheets while she was involved with Bol Bol.

Mulan had meanwhile leveled her own allegations at Bol Bol with her saying earlier, “So I just feel like I’m tired of sitting here and tired of acting like he’s this perfect person when he’s done nothing but gets caught cheating on me. This is the 7th, 8th time he’s cheated on me. Y’all say I’m cheating on him; the whole time he’s been cheating on me for a f***ing year.”