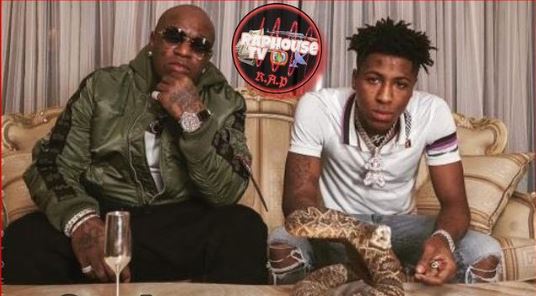 Earlier this year, NBA YoungBoy raised the bar for record labels looking to sign him. He insinuated at the time that the reak the bank as the Baton Rouge rapper has upped the numbers.

He shared a picture of himself with one of his shawties hands covering his face. In the caption, he simply wrote: “Mood: I need a 100m’s”

The $100M declaration was a week after NBA YoungBoy reportedly turned down $25 million, refusing to resign with Atlantic Records. Well, new reports have it that NBA YoungBoy has now signed a $60 million deal with Birdman’s Cash Money Records.

The two have a good relationship and back in 2021, they dropped a joint mixtape “From the Bayou”.

In an interview with the Big Facts podcast, the “Born Stunna” rapper praised YoungBoy, crowning him as “the biggest rapper.”

“Ain’t no n*gga gone be bigger than NBA YoungBoy, numbers don’t lie, he’s the biggest YouTube artist and he behind the wall,” he stated.

“When that lil’ boy get his mind right and he comes from under this bulls*ht and understands who he is, you know, Thug and all them, they’re up in age, they’re 30, this n*gga 20. And you put a n*gga behind the wall, they become smart.”