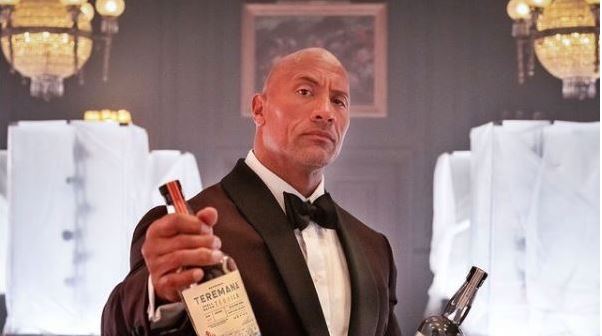 Fans had mixed feelings about a baby being crowd-surfed to The Rock.

Dwyane “The Rock” Johnson has always been known as the people’s champ. The famous movie star is not only loved by wrestling fans and moviegoers — even children have an affinity for the Moana actor. Over the weekend, The Rock’s stardom showed itself in full form during his nationwide tour for his upcoming film Black Adam.

In a clip making its rounds on social media, the 50-year-old former wrestler was onstage in Mexico City when a tiny baby was passed over to him through the crowd. In true “Rock” fashion, the Jumanji actor wrapped her up in his infamously muscular arms as the crowd swooned on.

He took to Instagram to share the adorable moment with his 340 million followers, writing, “Our BLACK ADAM Tour has been electric, fun and emotional. People do cry and they hand me things – I was NOT surprised to be handed this beautiful little baby.”

The Jungle Cruise actor went on to share, “Her father caught my attention because he had tears in his eyes when he held her up high and gestured for me to hold her. I honestly thought he was holding a toy doll he wanted me to have as a gift.” The father of three concluded his post with, “Love you back MEXICO and the mana is strong. Girl dads ROCK.”

While some fans took to social media to sing The Rock’s praises after the touching moment, other fans were not pleased about a newborn baby making its way through a crowd. “This is Cute but not sure id crowd surf my infant,” one  fan wrote. While another added, “One of the greatest videos of all time.’

See what else fans had to say below.