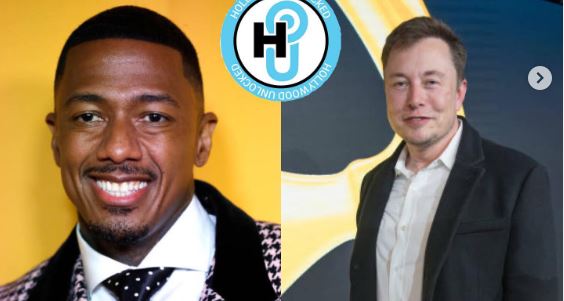 Elon Musk reacts to news of the secret twins he had with his executive at Neurolink, Nick Cannon heard the news about Elon Musk and had to chime in on the hot topic.

As we previously reported, Court documents disclosed that the Tesla owner, 51, discreetly welcomed twins back in November with one of his executives, just weeks before he and his former woman Grimes had a baby girl back in December. Musk is now a father of 10.

Elon Musk has six children with his first wife, Justine Wilson, two with singer Grimes, and twins with his executive director, Shivon Zilis.

On Thursday (July 7), Musk tweeted out he’s “Doing my best to help the underpopulation crisis. A collapsing birth rate is the biggest danger civilization faces by far.”

He added in a follow-up tweet, “Mark my words, they are sadly true” and “I hope you have big families, and congrats to those who already do!”

After Nick Cannon, father of 8, sighted on Elon Musk’s tweet about reproducing, he quickly had to respond and he said, “Right there with you my Brother! ✊🏾”

Elon Musk welcomed twins last year with his Neuralink executive Shivon Zilis, which he’s managed to keep under the radar up until now, after recently filing court documents to change his children’s names to “have their father’s last name and contain their mother’s last name as part of their middle name, according to Insider. The petition, which was filed back in April has only now come to light, with court docs further revealing that the twins were born in November, about a few weeks before Elon would welcome yet another child — but this time with singer Grimes.

The “Delete Forever” singer and her former beau had used a surrogate to have their bundle of joy back in December before announcing in March that they had called it quits. Elon is the co-founder of Neuralink, a company that specializes in developing implantable brain-machine interfaces. It’s unclear, whether Elon and Shivon remained romantically involved during her pregnancy, but it certainly has raised eyebrows, with fans wondering if this was the reason the tech mogul broke up with Grimes. They have two children together.

Shivon works as the director of operations and special projects for Neuralink, but her current relationship with Elon remains unknown. His new twins would mean that on top of having another two children with Grimes, and five children from his former marriage to ex-wife Justine Musk, Elon is now the proud father of nine kids, which shouldn’t come as a surprise to those aware that the SpaceX chief has shared his concerns for population decline for years.