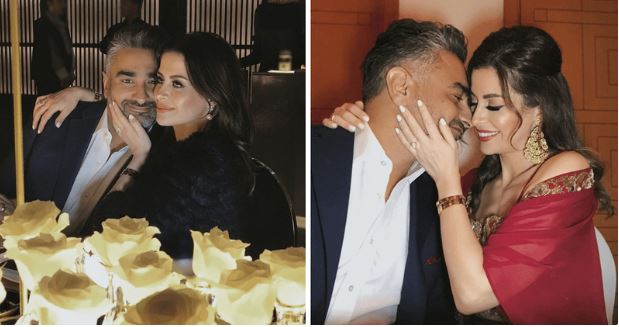 What is the net worth of Munaf Ali? Who is Munaf Ali married to? Biography fun facts about Nina Ali’s husband; his worth, family, and more.

Munaf Ali is married to The Real Housewives of Dubai star Nina Ali. He is the founder and CEO of Phoenix Store in the United Arab Emirates and has worked in the financial industry since 1996. Munaf also helps individuals earn second citizenship through his company, Second Citizenship Consultants.

In Season 1 of The Real Housewives of Dubai, viewers met Nina Ali and her family. The Texas-born entrepreneur and her husband, Munaf Ali, decided to plant their roots in another country once they married. Since then, the couple has called Dubai home as they raise their three children — Sophia, Nour, and Ayan.

RHODubai is Nina and Munaf’s first venture into reality TV. However, neither of them is unfamiliar with earning money off-screen. Before their Bravo debut, the couple was already established as elite members of Dubai’s society, thanks to Munaf’s lucrative fortune. So, how much money does Nina’s husband make? We’ve got all of the details on Munaf’s net worth!

Who is Munaf Ali?

Munaf is a Dubai-based finance executive of Indian heritage, well known for his hotel business concept. He is the creator and CEO of Phoenix Store, an authorized Bitmain distributor. Phoenix Store is one of the most well-known cryptocurrency mining companies and Bitmain’s exclusive Middle East sales partner.

After graduating from London’s Cass Business school in 1996 with a degree in international finance, Munaf landed his first long-term position as the Vice President of Citigroup. In 2009, Munaf decided to launch his own business, Range Developments and served as the CEO until 2017.

Although he started Range in London, the company moved to Dubai around the same time he met Nina. Following a few months of dating, Nina and Munaf married in 2010, and she moved from Texas to Dubai to be with him.

Since their move, the financial strategist created two other businesses — Phoenix Technologies Consultants and Second Citizenship Consultants. Phoenix Technologies’ website doesn’t provide much information about the business, but reports state that it is a top provider of cryptocurrency mining solutions in the Middle East.

Munaf’s other venture, Second Citizenship Consultants, offers assistance for people hoping to land second citizenship but are wary of scammers. Nina’s hubby works with other “experts” to ensure “individuals and families’ security and peace of mind” throughout the process, per its website. Second Citizenship also has offices in London and Lebanon.

Nina and Munaf’s wedding celebrations were held in March 2011 in Austin, Texas, where she grew up. Sophia Bella, Nour, and Ayan are the couple’s three children. Nina mentioned in an interview that the couple met in the United States through Nina’s cousin. They got together and married before long, and moved to Dubai shortly after. Despite her parents’ opposition to her moving to the other side of the world, Nina found her footing in Dubai and now calls it home.

Her spouse, who was born and raised in London, relocated to Dubai for work. The position was meant to be temporary, but he quit shortly after and started his own company.

Nina claims that her husband is an introvert who loves to keep to himself. He isn’t on social media for obvious reasons, but he constantly supports his wife, who has grown into quite the influencer over the years. Nina noted in the same interview that her businessman-husband always makes time for their children. He spends time with them on weekends and drops them off at school when he is not traveling for work.

Nina was born in Lebanon but spent her childhood in Texas. After marrying Munaf, she moved to Dubai in 2011. Nina Ali was born and raised in a typical Lebanese family bound by customs and culture. According to her bio on Bravo’s website, she is a “highly driven businesswoman and entrepreneur.”

Is Munaf Ali on social media?

Besides LinkedIn, Munaf doesn’t have any other public social media accounts. However, his wife often insists that her 537,000 followers see her husband on her page. Nina often posts photos and videos of her and Munaf out on dates or luxurious trips. She also enjoys celebrating milestones like the couple’s 11th wedding anniversary in December 2021.

What is Munaf Ali’s net worth?

Nina, who owns a fruit cake business in Dubai, isn’t the only entrepreneur in her family. According to a report from TVGuide Time, Munaf has earned an estimated net worth of $1 billion, which he acquired through various organizations.

‘The Real Housewives’ has been one of Bravo’s most successful series throughout the years. ‘RHODubai‘ is a new addition that promises to deliver the drama and entertainment that fans have come to expect from the franchise. Six Dubai women will appear in the show as they navigate their friendships, love life, professions, and households. Nina Ali, Lesa Milan, Sara Al Madani, Caroline Brooks, Chanel Ayan, and Caroline Stanbury are among the cast members. ‘RHODubai’ will premiere on Bravo on Wednesday, June 1 at 9:00 p.m. ET/8:00 p.m. CT.

You can watch new episodes of The Real Housewives of Dubai Wednesday nights at 9 p.m. EST on Bravo.