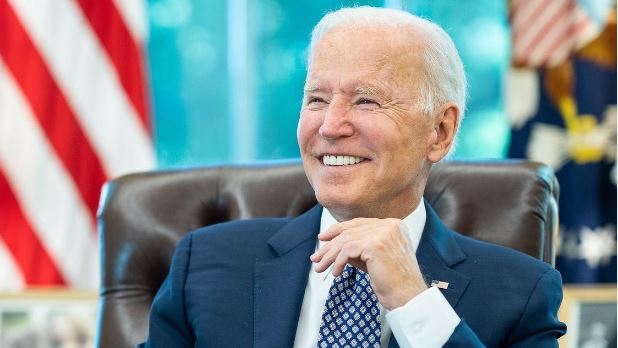 Oh no! President Joe Biden took a little tumble this morning while riding his bicycle with first lady Jill Biden.

Videos posted online show the moment he glides across the street and comes to a stop as he greets reporters. Seconds later, he’s seen falling over and onto the ground.

The president, who has frequently been seen on a bicycle since taking up his post in the Oval Office, said he got his foot caught in the pedal when trying to take it out. “I’m good,” he said appearing in good spirits when immediately asked if he was OK.

Meanwhile, in a statement to Fox News a White House official said, “The President said, his foot got caught on the pedal while dismounting and he is fine. No medical attention is needed. The President looks forward to spending the rest of the day with his family,” the official added.