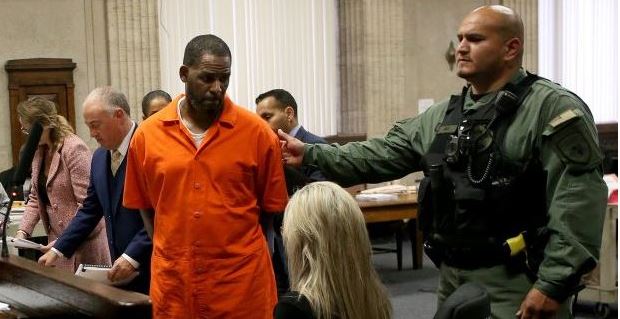 It looks like R. Kelly will be getting the help he needs after he serves his time in the slammer for his alleged crimes.

As we previously reported, the disgraced singer was handed down a 30-year prison sentence earlier this week following his conviction last year on federal racketeering and sex trafficking charges.

It stemmed from his efforts over years to use his fame to lure victims he sexually abused. “The public has to be protected from behaviors like this,” judge Donnelly reportedly told Kelly during the sentencing. “These crimes were calculated and carefully planned and regularly executed for almost 25 years,” she added. “You taught them that love is enslavement and violence.”

More details about his prison sentence and release have been shared and he’ll have to live under a slew of strict conditions and counseling. Donnelly has ordered mental health treatment for the singer upon his release.

According to docs sighted on TMZ, his treatment will include therapy for an unspecified sexual disorder. He’s also ordered to avoid all contact with anyone under 18. The only time he will be allowed to be around someone who is under the age of 18 is if it’s a family member, and or if he is in a therapeutic setting, which will require a “responsible adult,” to be present.