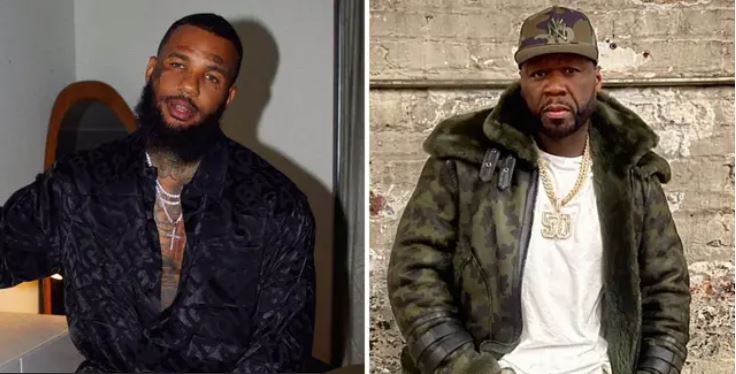 Rapper the Game went viral after shading 50 Cent during his concert in Houston, Texas.

The long-standing beef between the rappers picked up again over the weekend, when 50 Cent taunted Game after winning an Emmy for his work alongside Snoop Dogg, Dr. Dre, Eminem, Mary J. Blige, and Kendrick Lamar at this year’s Super Bowl Halftime show.

The Game had felt some type of way about not being included in the Halftime Show, and 50 saw his win as an opportunity to rub it in his face.

“I just won my Emmy award for the super bowl halftime show. LOL,” he wrote on Instagram. From there, 50 sent shots at Game, posting and deleting a photo of the Compton rapper looking angry with a caption that read: “No caption needed.”

It didn’t take long before Game clapped back, posting an old picture of 50 alongside the same caption. The Game included the following hashtags in his post: “SpicyAssN***a,” “whatYoEyeBrowDoin?” and “yoTieBlowingInTheWindLol.”

50 responded by posting his famous laughing-in-the-car gif, before taunting Game about the sales of his latest album ‘Drillmatic.’

The beef didn’t end there, as the Compton rapper took a moment to diss 50 back during a concert in Houston, Texas.

The Game throws shade at 50 Cent during concert

While performing at Houston’s Legends Only Concert on September 4, the Game threw shade at 50, letting fans know that he “still don’t f*ck with 50 Cent.”

“He’s a sucka, Imma say it in Houston, I’ll say it in New York, I’ll say it anywhere…he’s a straight b*tch. And I like the TV shows, n***a, put that on the internet,” he said in a viral video posted on theshaderoom’s Instagram account.

Judging by the comment section, many fans are tired of the two constantly throwing shots at each other.

“This the longest beef in the history of rap beef…sheesh! I’m over it,” one fan commented.

“The Game can’t go 3 business days without calling out a rapper,” another one shared. “Game, just give it up bro,” a third person pleaded.

“Like they can’t meet up and talk they both too old for this mess,” someone else wrote.

50 Cent responded to the Game’s disses by reposting the viral video to his Instagram, with a sarcastic caption that reads: “Oh no, you making me nervous now you know it’s not safe around me when I’m nervous.LOL.”