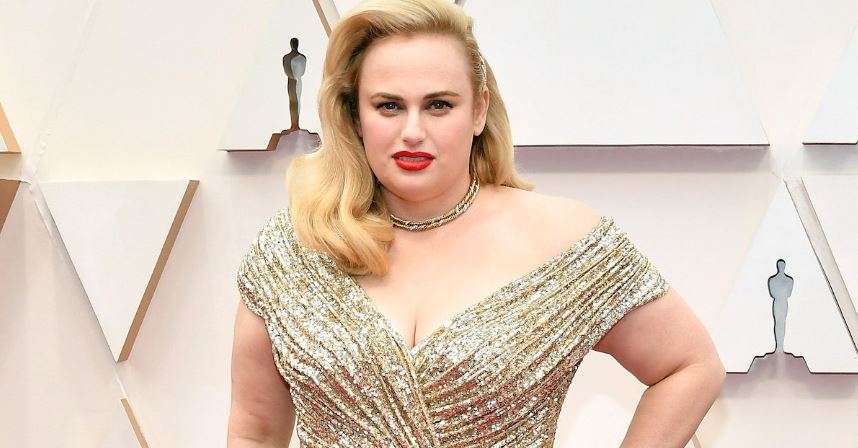 Does Rebel Wilson have a girlfriend? Read on to find out about the Senior Year star’s main squeeze, her past partners, and her surprising connection to reality star Adrienne Maloof.

For most celebrities and public figures finding love and living peacefully with their partner seems the most difficult in their lives. Rebel Wilson is no exception as she has dated famous faces before.

The 42-year-old actress revealed that she had been in a relationship with 50 people within the span of one year before falling in love with her current girlfriend, Ramona Agruma. Before she finally settled with Ramona, she employed an “abnormal” dating method.

Rebel said she had gone on dates with mutual friends as well as people from celebrity dating app Raya.

Does Rebel Wilson have a girlfriend?

Love is in the air, folks! It appears that the 42-year-old is officially off of the dating market. On Wednesday, May 11, 2022, Rebel spilled some tea about her relationship status on the latest episode of Jordan Abraham and Jared Freid’s U Up podcast.

“I am now happily in a relationship,” the Pitch Perfect actress said. “I met them at a friend’s setup.”

The actress went on to reveal that she has also been searching for love on dating apps, including the celebrity romance app, Raya. However, Rebel’s new partner was initially introduced to her through a friend.

“I was on and off on the Raya app, but this was a friend set up,” Rebel said. “He had known both of us for at least five years and he thought we would hit it off — and then we did!”

Like many of us, Rebel believes that meeting a suitor in person through a friend is better than relying solely on a dating app.

“I think that escalates things quicker, meeting someone from a trusted source,” the actress said. “I can trust that they are who they say they are, which is something that you don’t really know on the apps.”

Rebel has remained tight-lipped about her new boo’s identity — until June 9, that is.

Rebel waited until Pride Month to reveal that she has a girlfriend. “I thought I was searching for a Disney Prince… but maybe what I really needed all this time was a Disney Princess, 💗🌈💗#loveislove,” she captioned an Instagram photo of herself and Romona on June 9, 2022.

Rebel dated a few famous faces in the past.

Rebel and her most recent ex, Jacob Busch, the heir to the Anheuser-Busch brewing empire, dated for more than a year before splitting up in February 2021. Rebel subtly dropped that she was officially back on the market in a new Instagram post, which she captioned, “Lots on my mind…aghhhhhh…#single-girl-heading-to-Super-Bowl!”

Rebel was originally linked to Jacob in March of 2019 after the two were spotted attending a performance of Cats together in Hollywood. (She starred in the infamous film version of the musical.) Jacob is the youngest son of Joan and Peter Busch. In 2016, Forbes estimated that the Busch family had a net worth of more than $13.4 billion.

The Super Fun Night star wasn’t the first high-profile woman that the 29-year-old heir was linked to. He had an on-and-off romance for several years with RHOBH alum Adrienne Maloof. The pair first started dating in 2013 and split in 2015. They reportedly rekindled their romance briefly in 2017 before breaking up again, seemingly for good.

But it seems that his relationship with Rebel Wilson also wasn’t built to last.

Another one of the star’s previous public relationships was reported with Beacher Media Group founder Jeff Beacher. In February 2019, he posted a photo with Rebel from the premiere of her movie Isn’t It Romantic. In May 2019, Rebel appeared to confirm the romance with a photo of the two from Walt Disney World. She has since removed the pictures from their trip from her Instagram page.

The two no longer follow one another on Instagram, and Rebel herself never confirmed that they were a couple.

Rebel also dated Guardians of the Galaxy actor Aden Stay in 2017. She later took him to the MTV Movie Awards in May of that year.

Rebel’s first public relationship since becoming a household name was with comedian Mickey Gooch Jr. The couple split in September 2015, which was confirmed by an inside source to Entertainment Tonight.

“She ended it with him. They got to the point where they both realized the attraction really wasn’t there anymore and they would be better off as friends,” the source said. “Rebel told him she didn’t want to continue with the relationship if she didn’t see it moving any further than where it is now — and Mickey agreed.”

These days, Rebel is seemingly having better luck in the romance department. Hopefully, things go well with Rebel and her new girlfriend, Ramona!

Who is Rebel Wilson?

Rebel Melanie Elizabeth Wilson is an Australian actress, comedian, writer, singer, and producer. After graduating from the Australian Theatre for Young People in 2003, Wilson began appearing as Toula in the SBS comedy series Pizza and later appeared in the sketch comedy series The Wedge.

Rebel gained fame in her role in Bridesmaids. Though it wasn’t her first acting gig, the 2011 film Bridesmaids proved to be Rebel Wilson’s breakout role. She played Brynn, the eccentric roommate of the main character Annie (Kristen Wiig). The scene of her describing getting her lower-back tattoo in the film had audiences in stitches, and Rebel soon became a highly in-demand actress.

Rebel went on to appear in the Pitch Perfect series as Fat Amy and later got starring roles in Bachelorette, Isn’t It Romantic, and Senior Year.

The actress was involved in a controversy when the Australian magazine Woman’s Day claimed in 2015 that Rebel had fabricated some details about her upbringing, birth name, and age. Since then, it’s not surprising that she’s kept many of the details of her personal life private.